My local monthly card show is happening right now and I'm at home. Feels weird to voluntarily pass it up, but due to various factors, I'm ok sitting this one out. First of all, rumors are my mother-in-law was very generous attacking my Christmas list of hobby boxes (!!!). Plus it's the weekend before Christmas, so I don't want to brave the mall, and I've gotta deep-clean the house in anticipation of my folks being in town this coming week. And of course there's always the "stop spending so damn much money on baseball cards" voice in the back of my head. Oh, and this recent package I'm showing off from Dennis at Too Many Verlanders is basically like a card show haul in itself.

Thanks, everybody, for the kind words on the customs I've put out this month! I'm very happy that people have been digging them. Before there was Cardsphere Heroes, several months ago my first toe-dipping into something resembling a custom set was when I partnered with a dude to make a set of magnet cards based mostly on Simpsons customs I had whipped up earlier. I had one last complete set available (well, I also saved one for myself), and Dennis was keen on it. He did some COMC shopping with me in mind and the other day dropped a nice assortment of cards on me in exchange for the set of magnet cards. 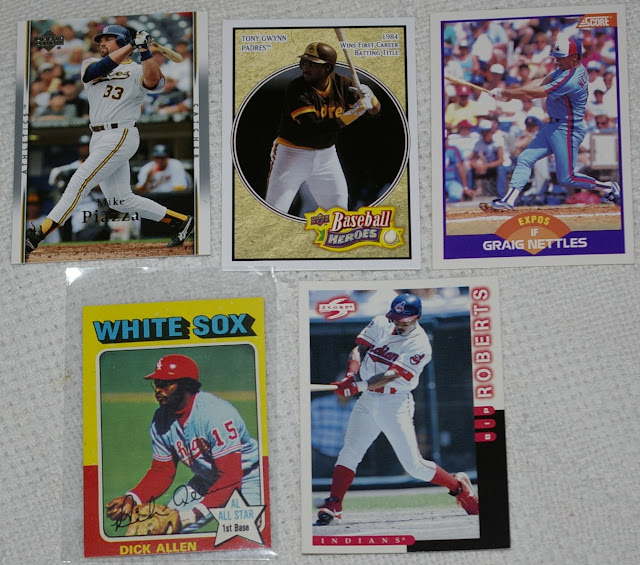 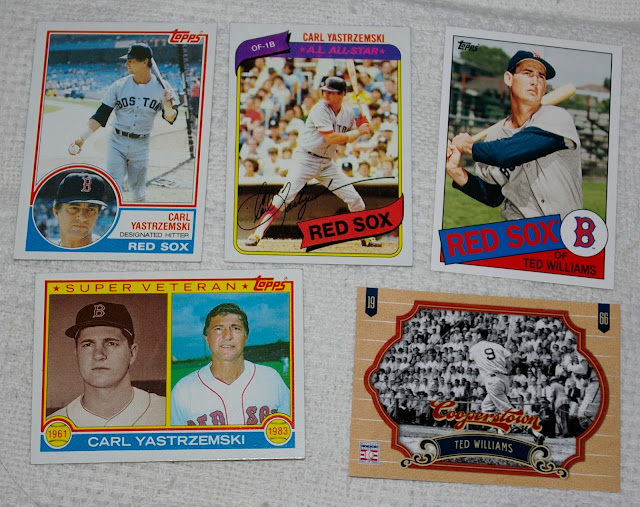 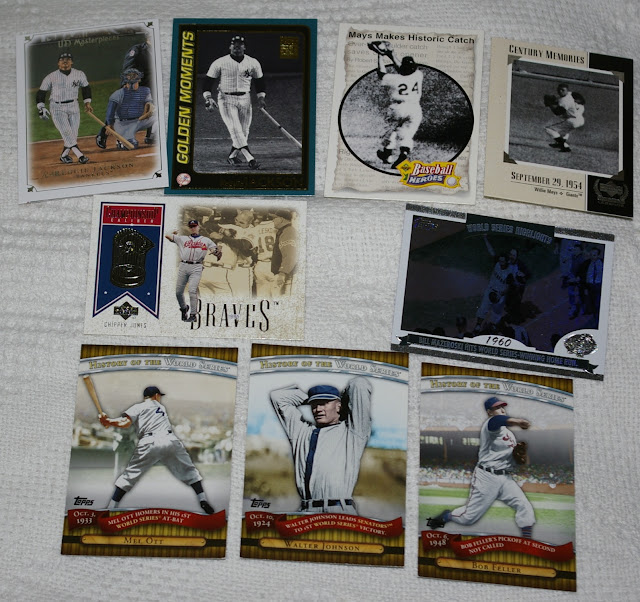 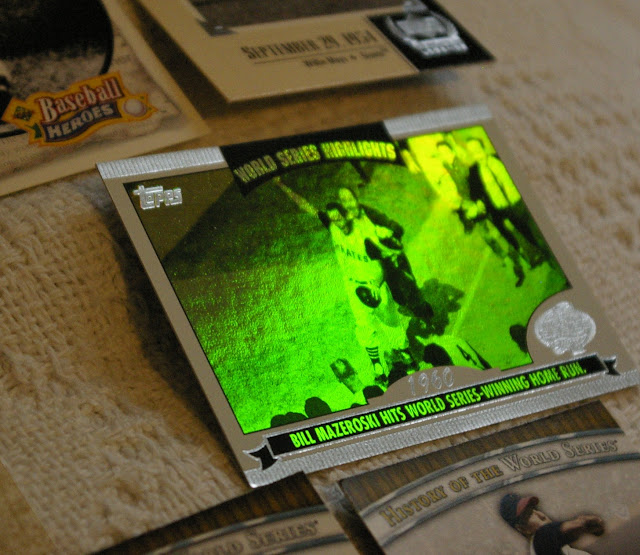 A better look at the shiny Mazeroski card. 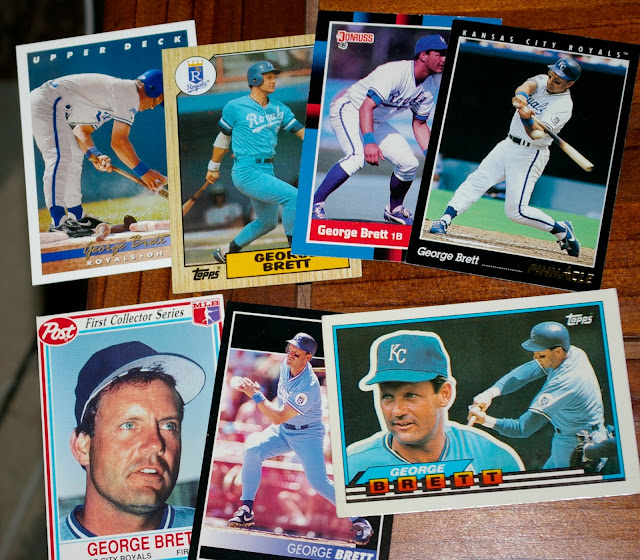 George Brett lot. I'll never forget how popular those 1990 Post cards were for a brief moment in my neighborhood back then. Baseball card mania was at its peek and those free cereal cards were in high demand with us kids. I remember the Bo Jackson and Griffey Jr selling for like $20 at the card shop. Crazy. 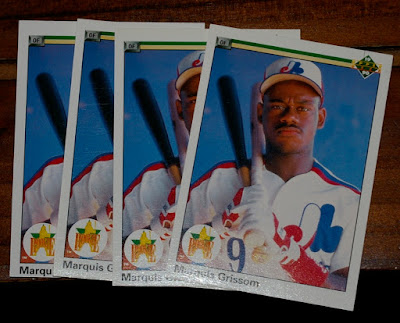 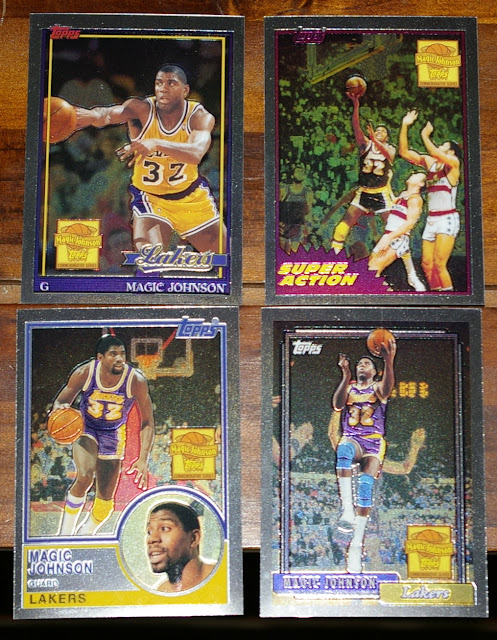 More guys who are good at sports! 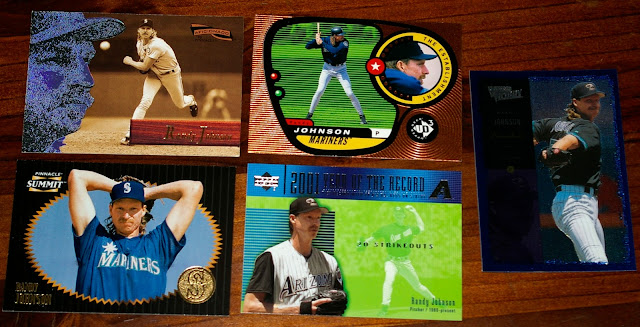 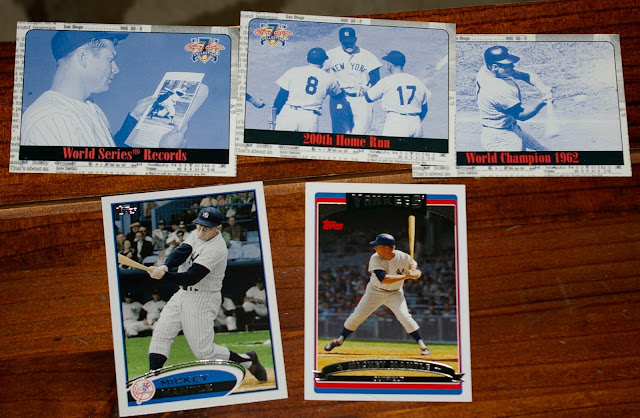 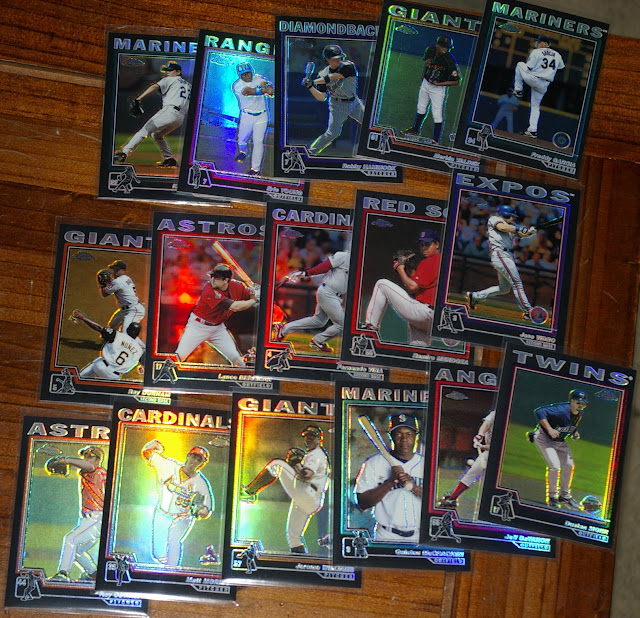 And the centerpiece of the package: a big lot of 2004 Topps Chrome black refractors for my parallel setbuild! With these, I'm now up to 96 cards out of the 487, good for 19.71% complete. Still a long way to go, but pretty solid progress. These things were only seeded like 1 or 2 per box, so they're not easy to find cheap.

Big thanks for the trade, Dennis! 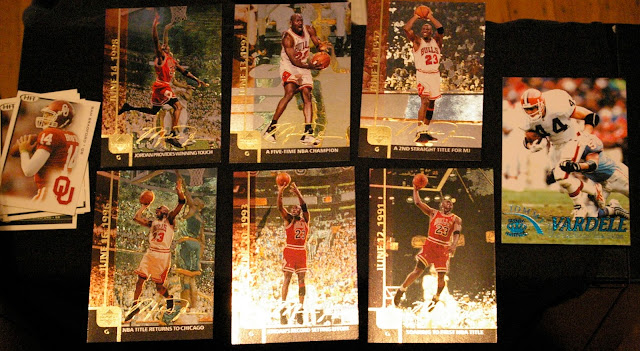 That's 6 Jordan cards.. look pretty cool. Dennis also used several of Sam Bradford cards as protection; must have had a bunch of them! And there on the right is Tommy Vardell, the only Guy From Granite to play in the NFL.. I don't have many of his cards, so always appreciate the rare times they pop up in trade packages. Thanks again, Dennis!
Posted by defgav at 11:22 AM