The Highest Rolling Gavin of them ALL

It's Gavin Month here at Baseball Card Breakdown, and hey, just today a new Gavin card was brought into the fold. (Don't worry, I didn't actually fold it! It's just an expression!) 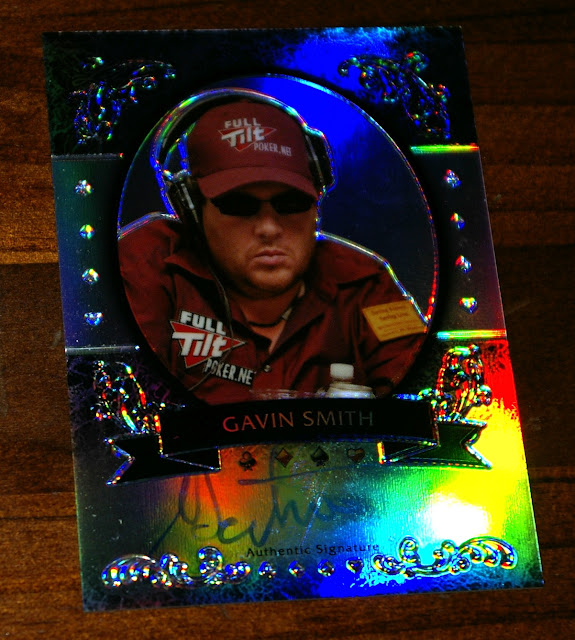 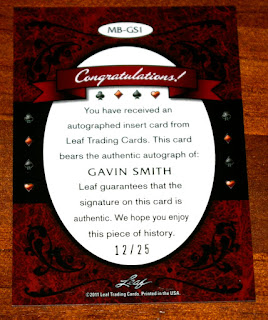 Check out the back...!!.. yep, it's a Christmas Card! I love when I can hit 2 minicollections with one card (though it does present an issue as to where to sort the card... with the other Gavins or with the other 12/25 cards?) 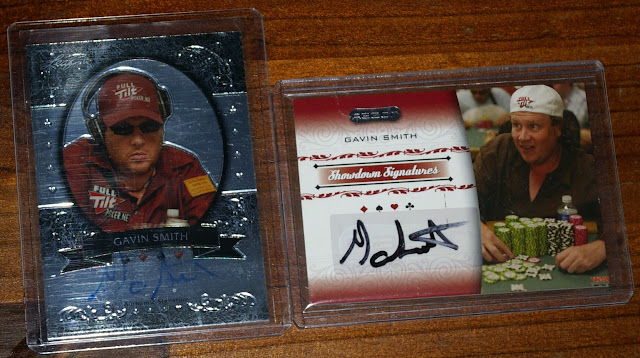 Here are the other 2 Gavin Smith cards I have, including the non-refractor, non-numbered version of the card at the top of this post.

For more info on this guy, here's his opening paragraph on Wikipedia:


Gavin Smith (born September 4, 1968 in Guelph, Ontario) is a Canadian professional poker player who won the World Poker Tour's Season IV Mirage Poker Showdown Championship event and the WPT Season IV Player of the Year award in 2005, then at the 2010 World Series of Poker he won the $2,500 Mixed Hold'em event along with his first bracelet.

Cool. I've never been much of a card player, myself. I'll buy a hobby box now and then.. that's enough gambling for me.

I'm not supercollecting the guy or anything, but I couldn't pass up picking up a Christmas Card Gavin for a decent price. But yeah, if you happen to have any other Gavin Smith cards lying around, I'll take 'em.
Posted by defgav at 5:41 PM