As a kid, I remember getting stuff like a factory set of '90 Score for Christmas, but I had never gotten cards for Christmas since returning to the hobby as an adult. This year, I couldn't think of much to ask for for Christmas (/my birthday, which is right around the same time). So much of the ideas on my wishlist were hobby boxes. 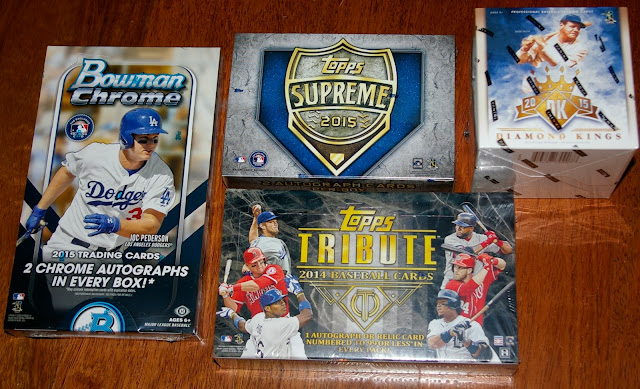 Very excited to rip into these boxes! Stay tuned for posts on them over the next week or so.

I was lucky enough to get some cards in the mail from trade buddies this past week, and I'll show them off now.

First up is a 2-card slam from Matthew from Bob Walk The Plank. It's always nice to get a package of cards in the mail, but when it's Matt, you get extra excited because you know he brings the hits. 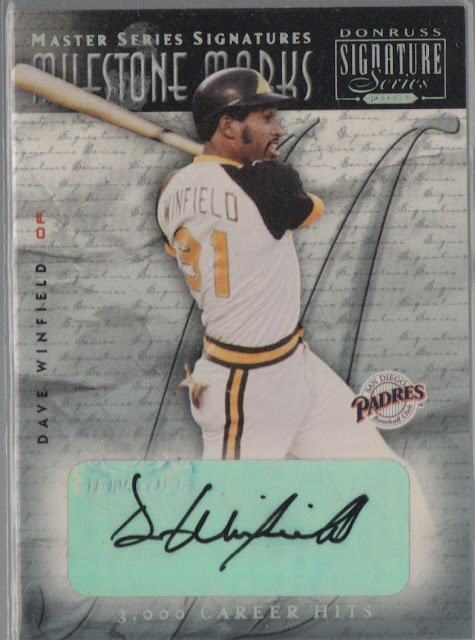 Sah-weeeeet! A couple months ago, I took matters into my own hands to create a Padres Dave Winfield auto, but now I've got a legit such card. Thanks, Matt! Awesome card. 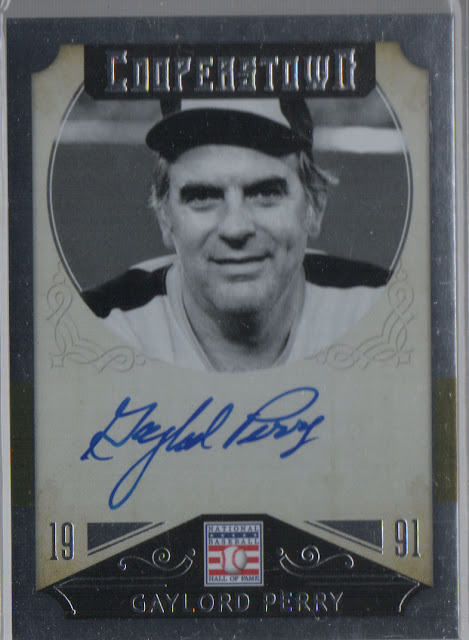 And along with the Winfield was another badass San Diego auto, this very nice on-card Gaylord Perry Cooperstown autograph. This is a great addition to the PC. Big thanks again, Matt! I've still got that printing plate with your name on it. It felt wrong to send a plate in a PWE, so I left it out of my recent mailing to you, but I'll send it along soon enough.

Next up is P-Town Tom from Waiting Till Next Year (No, Seriously 2016 Is The Year) who also dropped a heck of a card package on me. 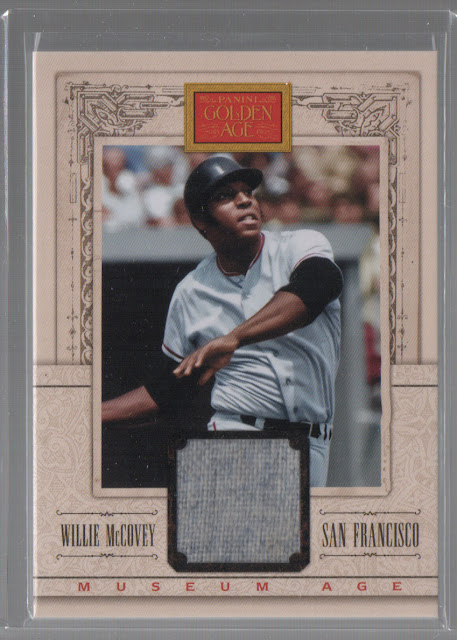 When I first saw this card out of the package, there was some blue tape over the bottom and I thought, "Ah, cool new McCovey card for me.. oh wow, this is thick! Like strangely thick for a regular card." Then I removed the tape to reveal the lovely vintage jersey swatch and was very happy! 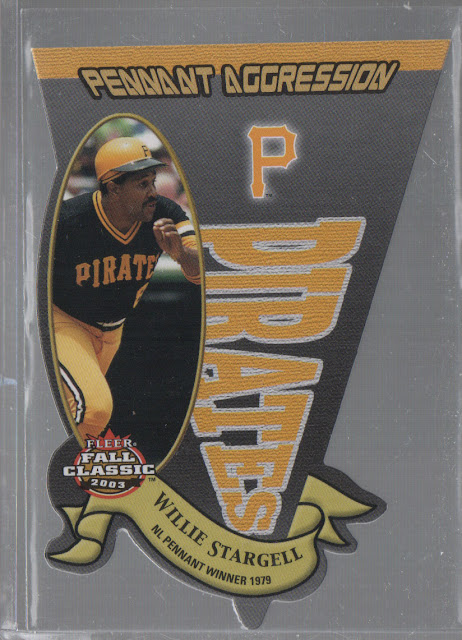 Tom kept the Willie love going with this snazzy diecut Stargell #'d /1979. With generous Pirates traders out there such as the aforementioned Matthew Scott sucking up the cardsphere's Buccos, it always feels a little extra special when a Pirate hit finds its way into a package for me. Very appreciated!

Tom rounded out the package with a terrific assortment of 2011 Topps parallels for my frankenset-type-thing. Thanks, Tom!!

And Mark Hoyle got into the holidaytime mailings with a team set of 1979 Burger King Yankees. 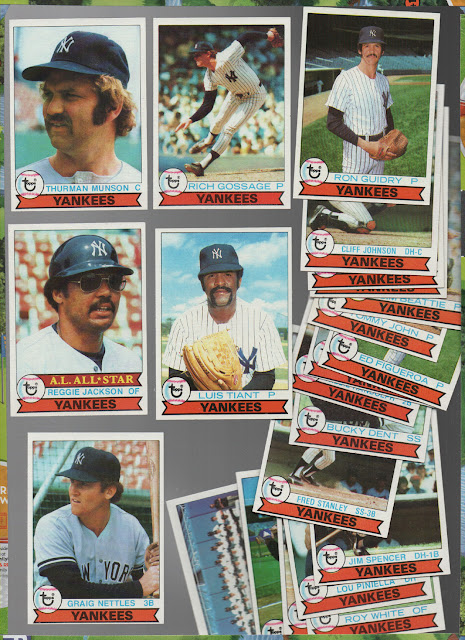 A bunch of guys I collect in there. Thanks, Mark! 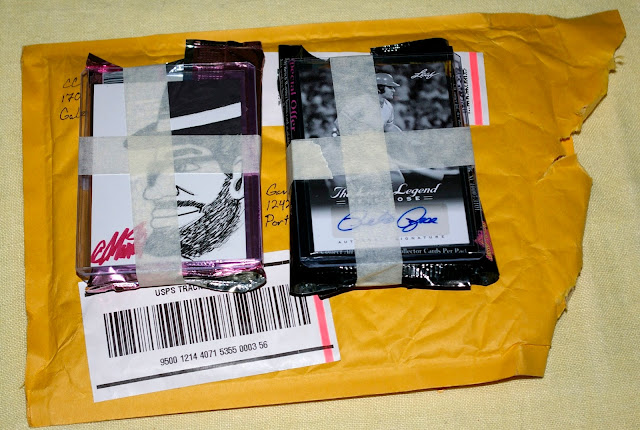 And here's a late addition that I haven't even had the chance to really rip into yet. Courtesy of.. well, I'm not sure what to call him.. CC, Chaos, Twitch.. one of his blogs is here. Good guy, Cubs fan, artist. Looks like there's a sketch card and a Pete Rose auto.. nice! Look for this package to be featured on the blog at a later date.

Big thanks to Matt, Tom, Mark, and CC for the cards!
Merry Christmas to one and all!
Posted by defgav at 12:43 PM