Recent pickups for some various projects

Man, I'm beat! Been working a lot lately. Even came in on Sunday, which is a first for this job. The company is moving out of state and my job will come to an end around the end of the year, but I'm still busy as hell. Nearly everybody else has reached their final day already (the ones who hadn't jumped ship months ago), with one person in my department in particular being let go prematurely, and my boss was like, "Whoops, I guess we still needed that person; oh well, Gavin, you also do that job now, I guess." The extra income is nice, especially with me looking at employment uncertainty going into 2016, but yeah, I'm pretty exhausted.

But let's whip out a post checking out some random cards.

I spelt a word! My goal is to spell BASEBALL CARD BREAKDOWN. So now I just need BASEBALL BREAKDOWN. Picked up the R last month and then figured I'd go after a C to complete the word. Sorry, Hockey fans; I did try to bid on a hockey C so that I'd include all 4 major North American sports, but alas I didn't win and had to settle for the lesser McCutchen brother. As for the R, Spencer Haywood seems like a pretty cool guy and was inducted into the Basketball Hall of Fame this past September.

P-Town Tom and I are locked in a frantic race to be the first to reach 100 different Brooks Kieschnick cards. Ok, maybe that's just a made up competition in my head. I think Tom's got a good lead on me, with probably twice what I've got (He's pushing 30 and I've got around a dozen). These 3 are from my Black Friday COMC order. Two cheap certified autos and a dufex that caught my eye. I just missed out on dufex cards when I collected as a kid, stopping in mid 1993, so they don't pack as much 90s nostalgia punch for me as they do some other collectors. But still kinda cool. 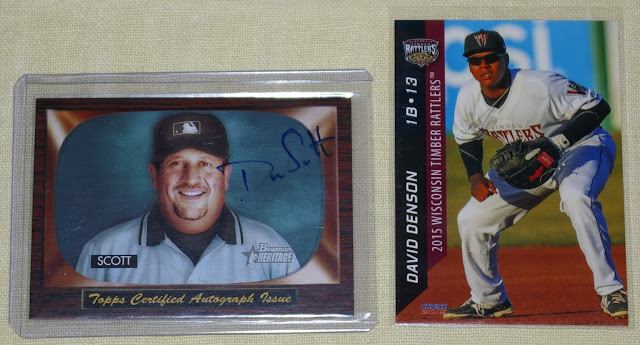 A couple additions to my Pride PC. I was very happy to land that Dale Scott auto on COMC after searching to find it for a reasonable price on there or eBay for a while. It's pretty neat that 2004 Bowman Heritage did the umpire cards as a nod to the original set, and even had some autos such as this one. My Pride PC technically features openly gay professional athletes, and while it might be a stretch calling an umpire an athlete, I'm gonna count this one. Scott came out as gay in 2014, thus becoming the first openly gay umpire in MLB, and is married to his partner of 28 years, Michael Rausch.[1] The back of the card tells me Dale is a fellow Portland resident, so that's cool.

And to the right is my 2nd David Denson card, joining the snazzy patch/auto I picked up in my previous COMC order. Denson, the first openly gay player in affiliated baseball, was awarded Minor League Baseball's Presidential Citation earlier this week. He's the first active player to receive one of these annual citations that recognize exemplary service on behalf of MiLB.[2] 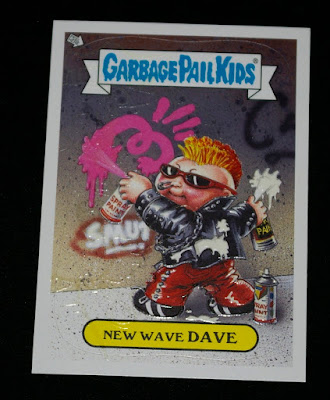 I'm not much of a Garbage Pail Kids collector, but stumbled upon this on COMC while looking for cards to add to my  glow-in-the-dark  minicollection. The back tells you to look at the card in the dark to see the subject in a new light. I wasn't able to get a great photo of it in the dark, but... 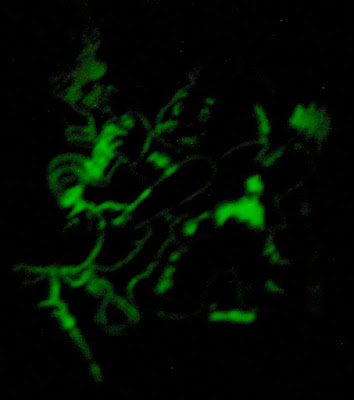 There's a cop bursting onto the scene from the left, with New Wave Dave's sunglasses popping off his head in his shock over being caught vandalizing. Ha, well, it's some variety to that area of my collection. The only other GPK currently entrenched in my collection is Thanks Gavin, obviously part of my Greatest Gavins minicollection. That reminds me, it's Gavin Month here at baseball card breakdown and I haven't done a Gavin-centric post in over a week. I'll have to get on that soon. I've just been busy with work (and a custom card project I'll be unveiling soon) so I haven't had much time/thought to put into posts so far this month. I'm also working on some card packages and hope to get a mailing blast out this weekend. 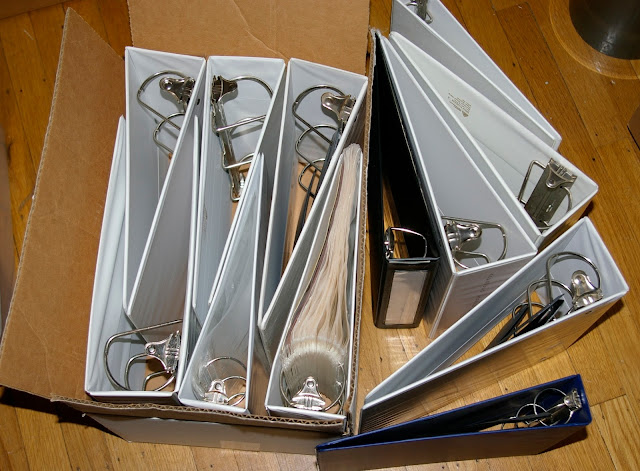 One cool thing about my work closing is there's plenty of free stuff to toss out. I'm not a binder guy, but damn it, now I'm ready to go if I ever decide I want to be! Just need a crapton of 9-pocket pages. Anybody in the Portland, OR area want a couple of these? Free for pickup.

That's it for today. Keep on rocking, guys!
Posted by defgav at 3:43 PM