Between Friday afternoon and Monday morning, I've dropped cards in the mail to 20+ trader buddies. Just in the holiday spirit, I guess. Hope you guys like!

I was on the other side of December generosity last week when Stealing Home from All Trade Bait All The Time delivered a surprise package of awesomeness. While this wasn't technically a trade-- he's been sending out a bunch of gift PWEs to lucky cardsphere homeboys ("Operation PWE")-- I suspect the prize package I sent him last month helped me be lucky enough to be upgraded to a fat bubble mailer of cards. Thanks, man! 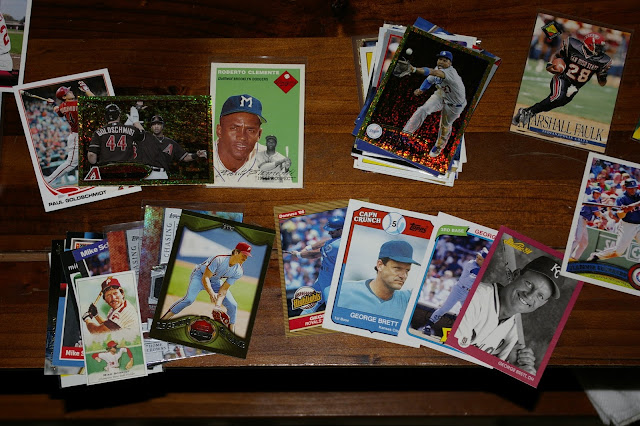 That's a fat stack of Kemps up there.. great to bolster my PC of the only Padre to ever hit for the cycle. 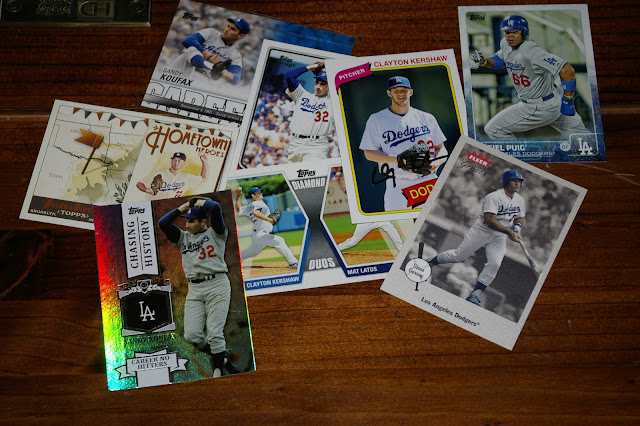 He obviously had plenty of Dodgers dupes to spare and I was happy to take these dudes I collect. 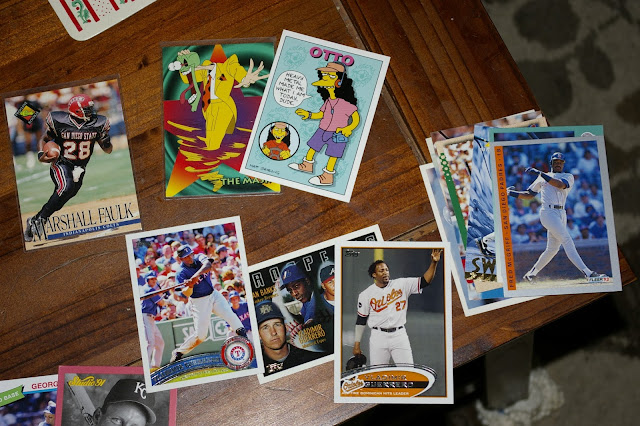 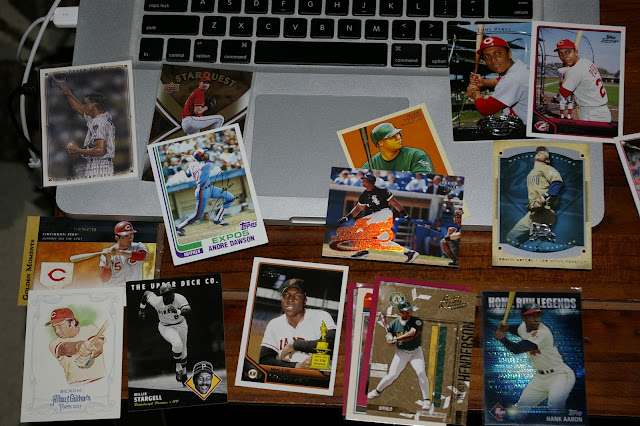 That's what I'm talking about. 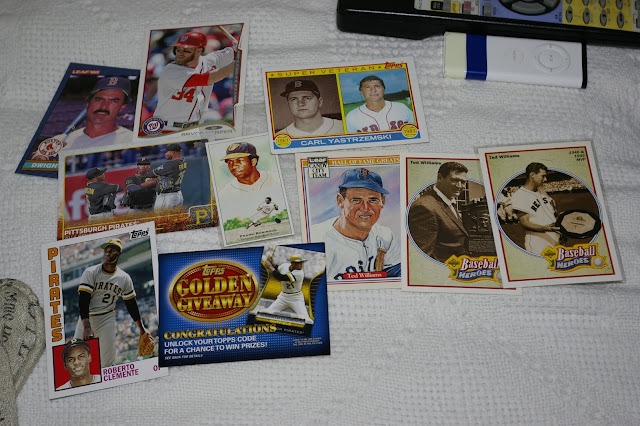 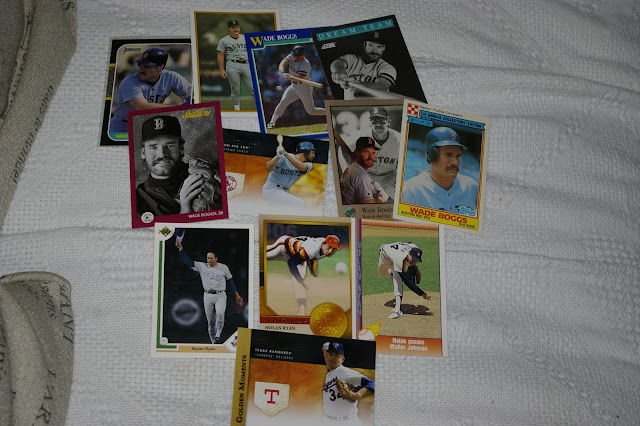 That wraps it up! Huge thanks to Stealing Home for stealing my heart with this incredible gift of cards.

Next up was a trade return from Adam at Cardboard Clubhouse. I had previously dumped a flat-rate box of Reds on him. The main card he wanted was one of those heavy home run medallion cards, so I figured I'd get the most out of the postage. I had a surplus of random Reds after winning a contest from Red Cardboard a year ago-- even after I pulled out a ton of "keepers" for my collection I still had plenty leftover-- so I was happy to thin them out on a Reds collector. Like Stealing Home, Adam hit a bunch of guys I collect. I admit I did the "lazy trader" thing of where I basically just dumped cards of the team he likes on him, hoping he could use a decent chunk of them, without spending much time looking at his wantlist. But I'm a hypocrite because I always appreciate when a trader actually looks up who I want rather than just dump random Padres on me.. though that's fine too [he said, halfheartedly]. 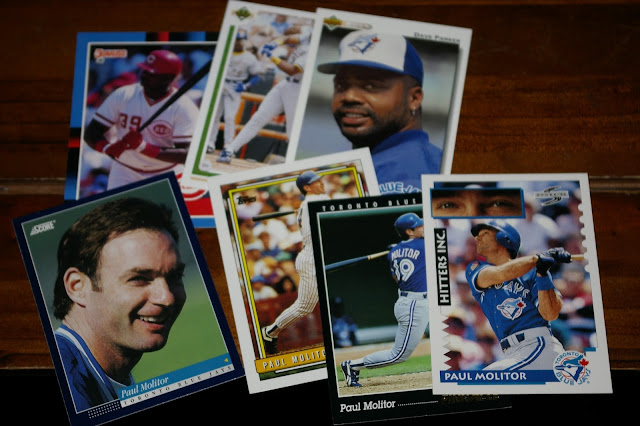 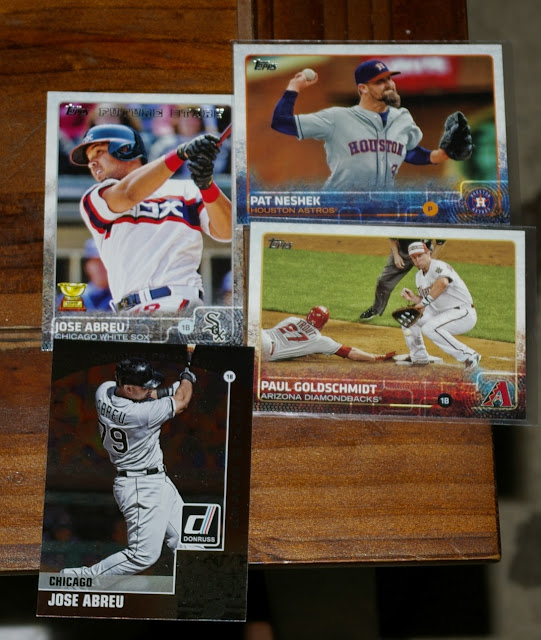 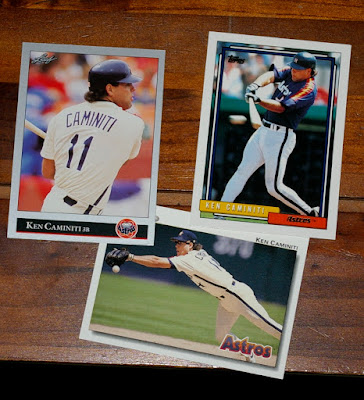 That Mattingly seems to be a box-bottom.. pretty cool.
It took me a while but 2015 Diamond Kings won me over on the strength of great looking cards like Hawk here, and I even put a box of it on my Xmas list. 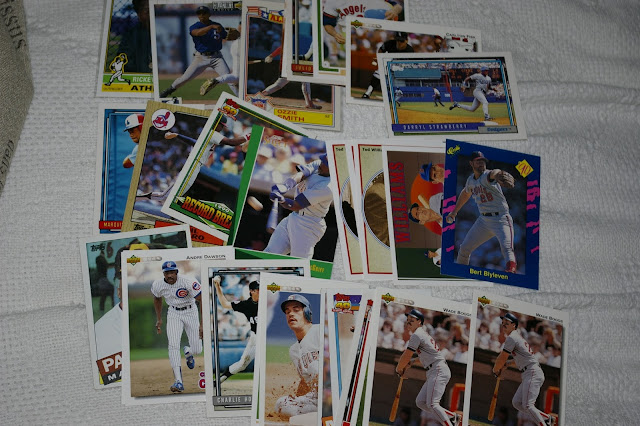 And the rest! Lots of good stuff here.

Thanks for the trade, Adam! I appreciate the cards!
Posted by defgav at 3:09 PM