Let's bust out the remaining highlights from my haul at the latest local card show, which was a couple weeks ago. December's show is the Saturday before Christmas.. and as usual, it's at the mall.. Yikes! It's not the cool mall in town (that's Lloyd Center), but still, it's a mall (The Orwellian named Mall 205). I might actually voluntarily skip a show for the first time since I started going to this show a couple years ago. I think the only show I've missed was the one right after I got married and I just didn't have the time with everything going on. If things go right, I'll be getting a few boxes for Christmas (one of which is here already, just tempting me to open it.. tantalizing me with what wonders it might possess. Nice high-end box. Mmmm) and, really, I've been buying plenty of cards lately.. so I think I'll be able to sit out this month's card show without too much regrets. See you in January, Mall 205! 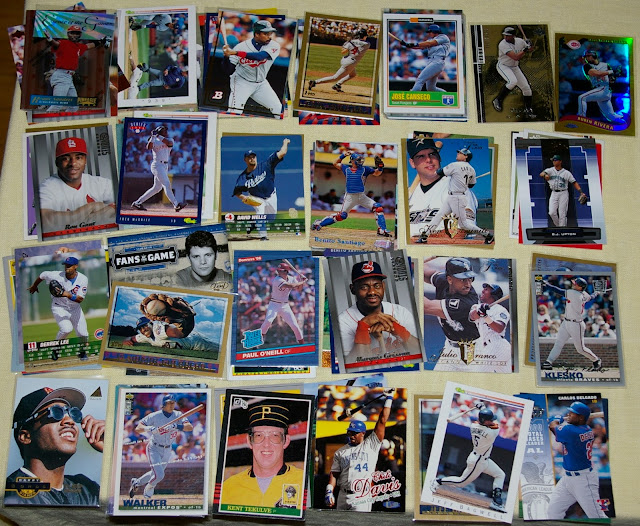 This photo represents a fine nickelbox dig (deal was 25 cards for $1). I could easily get a week's worth of posts on these cards, but ain't nobody got time for that, and cheap cards aren't exactly sexy to most blog readers, so just soak in this one picture. Many of these are stacks of one player, but not all of them. Let's see, what do we got here? Some nice Reggie Sanders cards, Rickey, Murray, Molitor, Canseco battery oddball, #'d Cliff Floyd, refractor Ruben Rivera, Gant, McGriff, Boomer Wells, Benito, Caminiti, BJ Upton, Derrek Lee, Sean Astin (I need to get my Goonies PC off the ground), Vlad, Paul O'Neill, Marquis, Sir Julio Franco, Klesko, Bonds, Larry Walker, Teke, Chili, Bagwell, Delgado.

The rest of the cards in this post were in a couple different purchases that either ran me 33¢ or 72¢ per card. 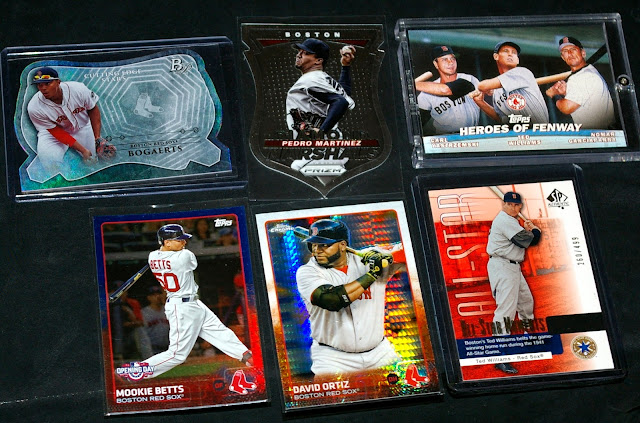 Some cool Red Sox cards. Xander and Mookie have been all over my blog lately. Ortiz Xprismfractor (yeah, that's what I'm deciding to call these). Pedro diecut badge thing. That Heroes of Fenway card is forever trapped in the screwdown, as I've had no luck unscrewing it. I need one of those tools that drills a hole through a stripped screw.. what are those called? And there's a #'d Ted Williams at the end. 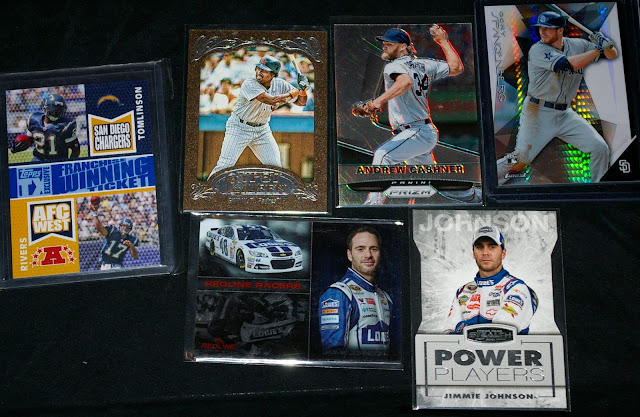 This is the San Diego portion of the post. I've pretty much disavowed my Chargers fandom this year, but one guy I still love is LaDainian Tomlinson, and throw a #/149 serial number on the back and I'm sold. Then we've got a gold framed Gwynn, a Cashner refractor, a Cory Spangenberg Xprismfractor, and a couple NASCAR cards of Guy From Granite Jimmie Johnson. 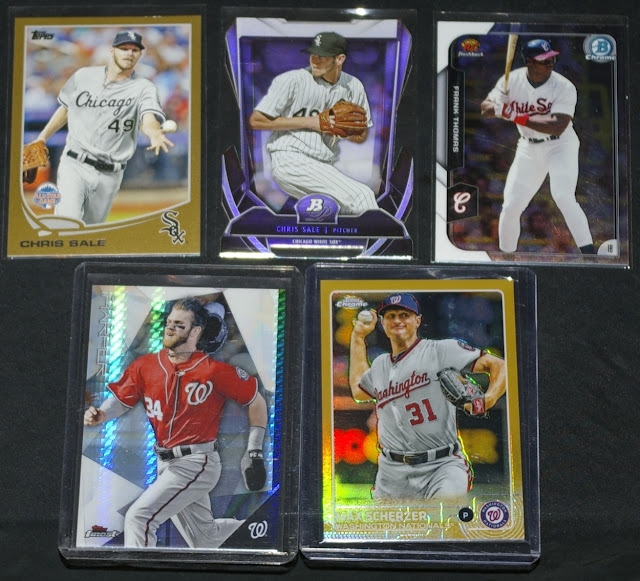 White Sox and Nationals up next. A couple Sales for the PC, that one Frank Thomas from this year's Bowman. On the bottom is a Bryce Harper Xprismfractor and a Max Scherzer gold refractor #'d 17/50. 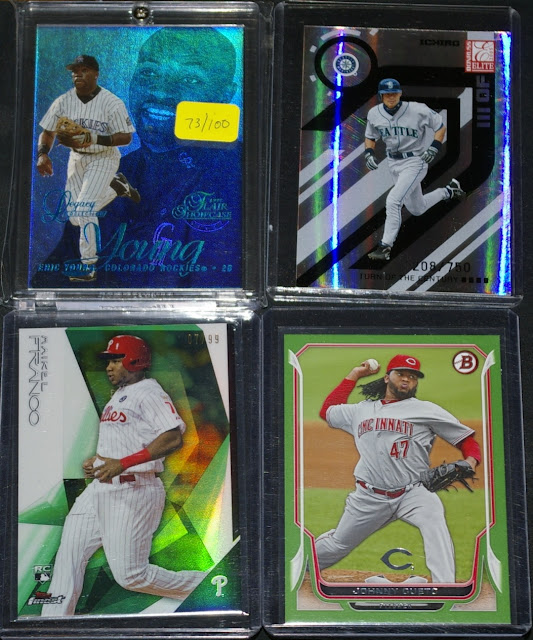 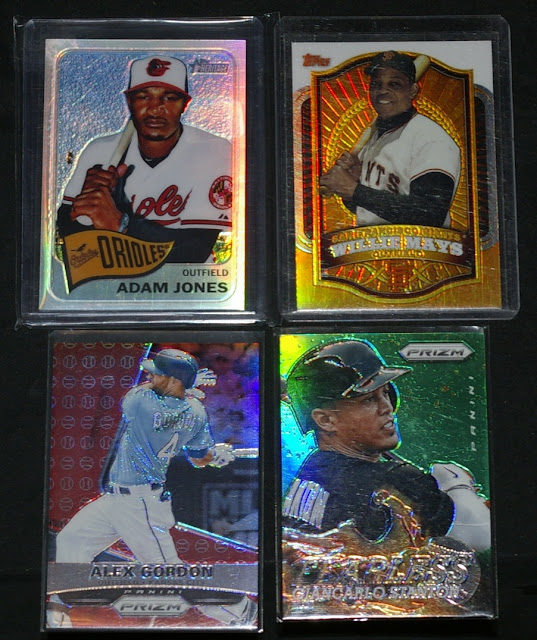 Not shiny or numbered, but a solid trio of active players to go out on.

And that wraps up the November card show haul. Thanks for checking it out with me!
Posted by defgav at 2:14 PM