According to Cardboard Connection, looks like 2015 Archives is going to feature designs from 1957, 1976, and 1983 in the base set. I'm pretty happy with that. Those designs haven't been beaten into the ground yet. 57 was obviously used in Heritage a few years back, but otherwise not much dead-horse-beating here. 83, especially, is one of Topps finest moments that they don't salute nearly as often as they could (2 photos required.. not conducive to lazy cardmakers). Inserts include designs from 1968 Topps Game which is kind of a cool idea, as well as 1990 Topps, which might be too soon since it was just a base design in 2013 Archives.. I'd probably have rather seen 1991 used there. But still, no major complains about the designs they picked for this go-round. 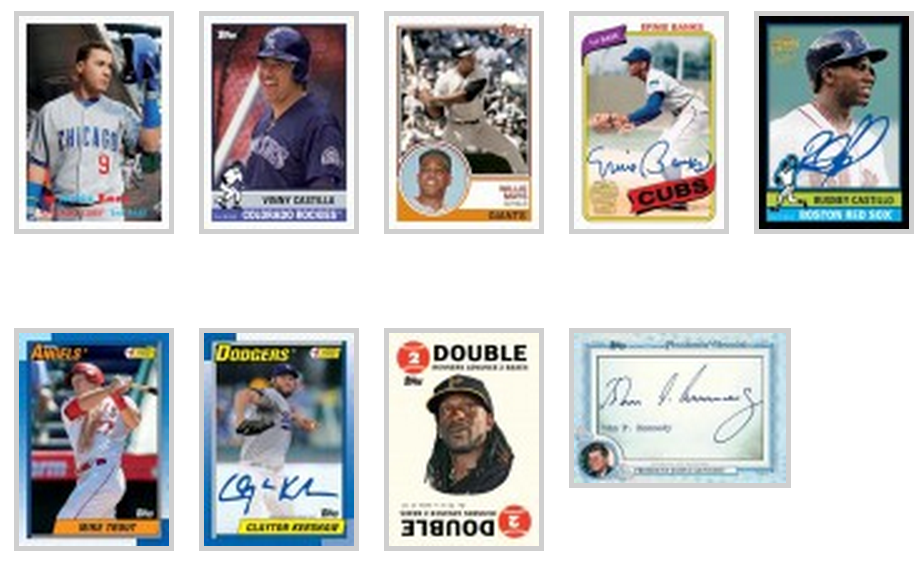 Maybe I should be ashamed to admit it, but Archives is honestly the only current product I really have any legitimate excitement for. It's what first helped get me back into the hobby back in 2012. And while I may buy a small handful of other various blasters and hobby boxes throughout the year, only Archives really makes my heart flutter with anticipation. So June can't come soon enough for me. I look forward to giving Topps my money for a hobby box or two.. and the inevitable disappointment from not pulling any decent hits, like always.

Anyways, let's fill this post out with a couple older Archives cards I picked up recently. 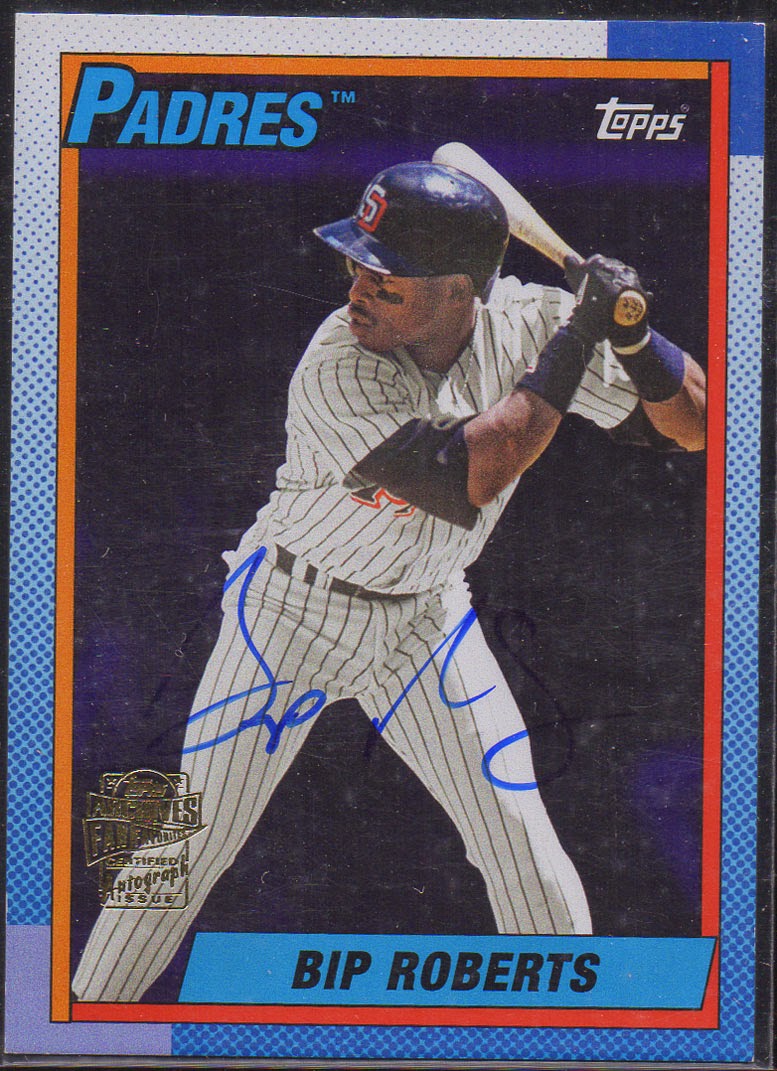 Hopefully the Fan Favorites Autographs checklist for 2015 Archives packs a few pleasant surprises. Obviously none perked me up more on the '14 checklist than Bip Roberts' first-ever certified auto. I gobbled up a bunch of them, working on a rainbow of sorts. Even though I already had this /10 purple parallel, I grabbed another one for a decent price in a eBinge a while back. Now I've got #s 09/10 and 02/10. I also picked up another /50 gold parallel because the other one I had was # 13/50 and I wanted a less-unlucky number. But I can't find it at the moment (I'm overdue for a good sorting of the cards I've gotten in the past few months), so no scan for that one today. 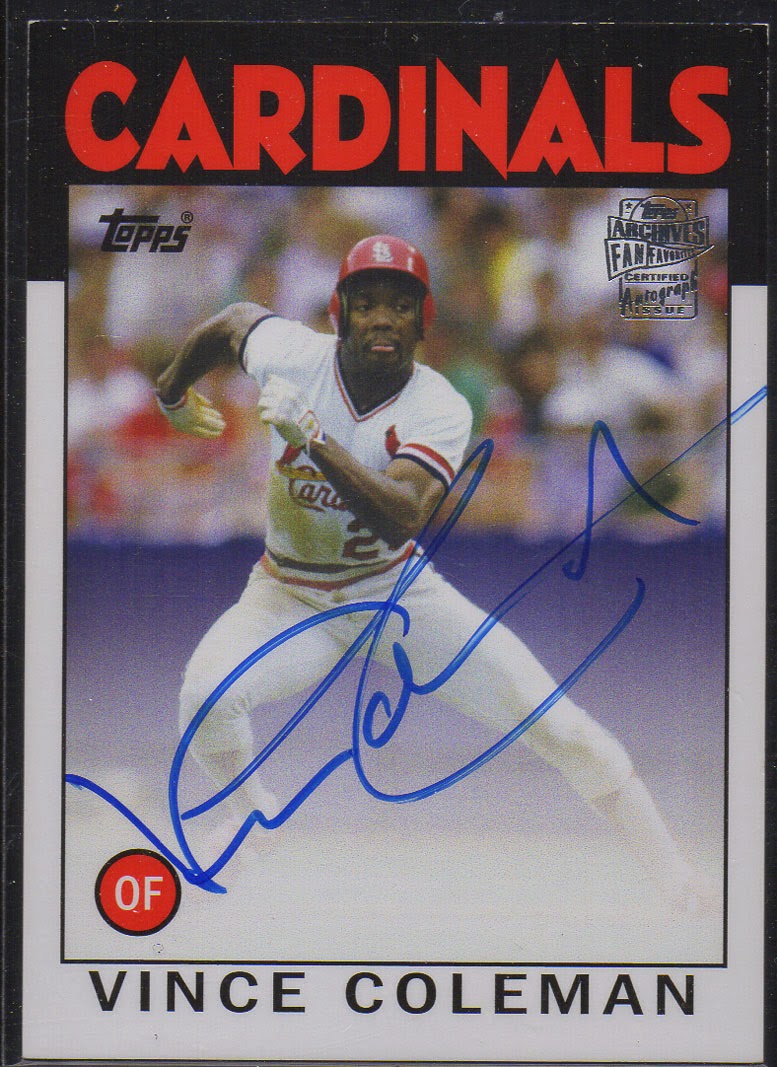 Vince Coleman is an old favorite of mine from my early days of collecting. While I'm much less active in adding Vinnies to my collection these days, I was happy to pick up my first auto from him thanks to this cool-looking card (A way better photo than they used on his original '86 Topps card which just features a boring portrait shot.) 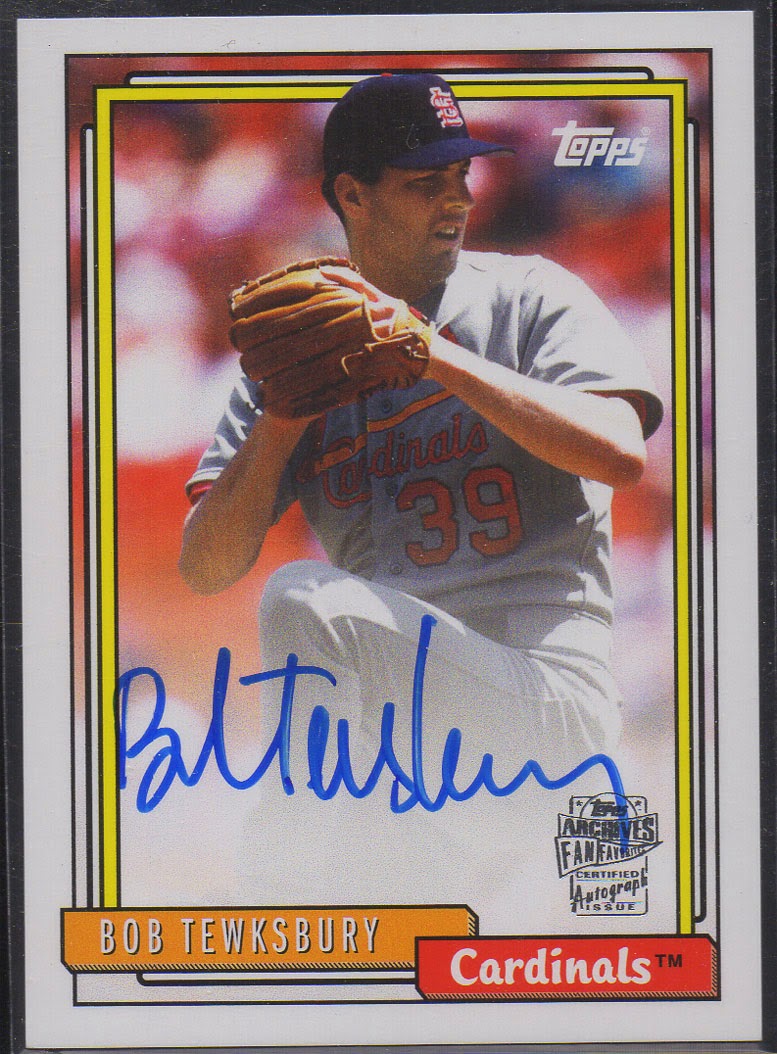 This Tewksbury was actually bundled together in an eBay auction with the Vince Coleman, so it was a nice little bonus for virtually no more money. I specifically remember him fondly for his stint on the Padres team of 1996 when San Diego finally got back into the playoffs after a long drought. I could go for some more of that. Hopefully all the off-season moves they've been making lately will pay off in the form of an exciting 2015.
Posted by defgav at 3:57 PM