Let's check in with the recent advances I've made with the three Topps Retired Signature Edition sets. 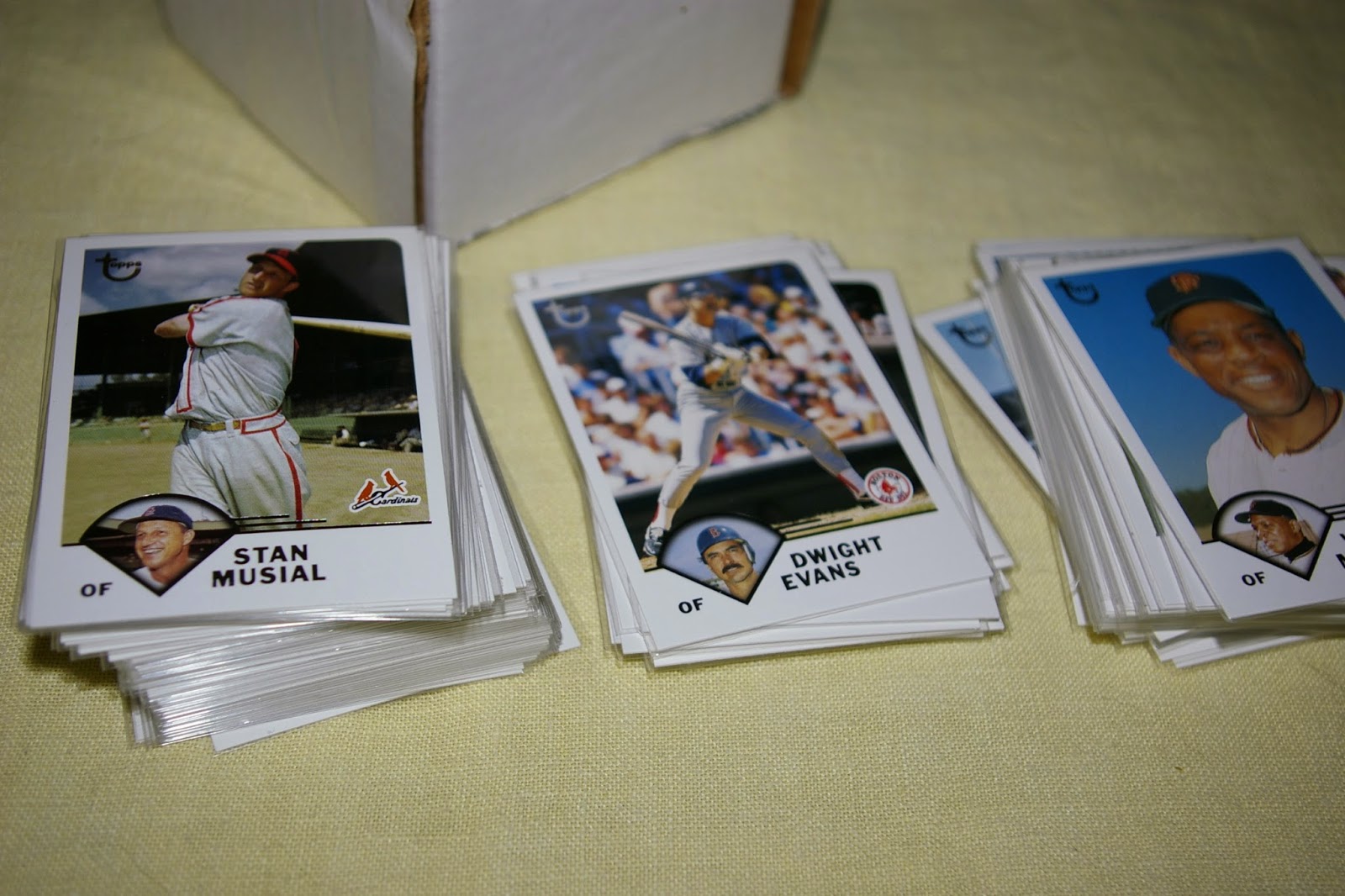 I picked up the complete base set of 2003 Retired for just $25 shipped. When I saw it pop up on eBay with that Buy It Now, I just had to jump on it. The Nolan Ryan base card alone recently sold for over $10 shipped. So the entire 110-card set for $25 was just too good to pass up. It's a sweet set, with lots of great photos of great players, with the ever-appreciated full career stats on the back. The seller even sent all the cards in penny sleeves, which is nice since I'm not much of a binder guy.

I pieced together the 2004 Retired base set earlier this year. So now just 2005 Retired left to finish off the trilogy. But that's my least-favorite of the three, so I doubt I'll go after it unless a similar good deal on a complete set pops up. 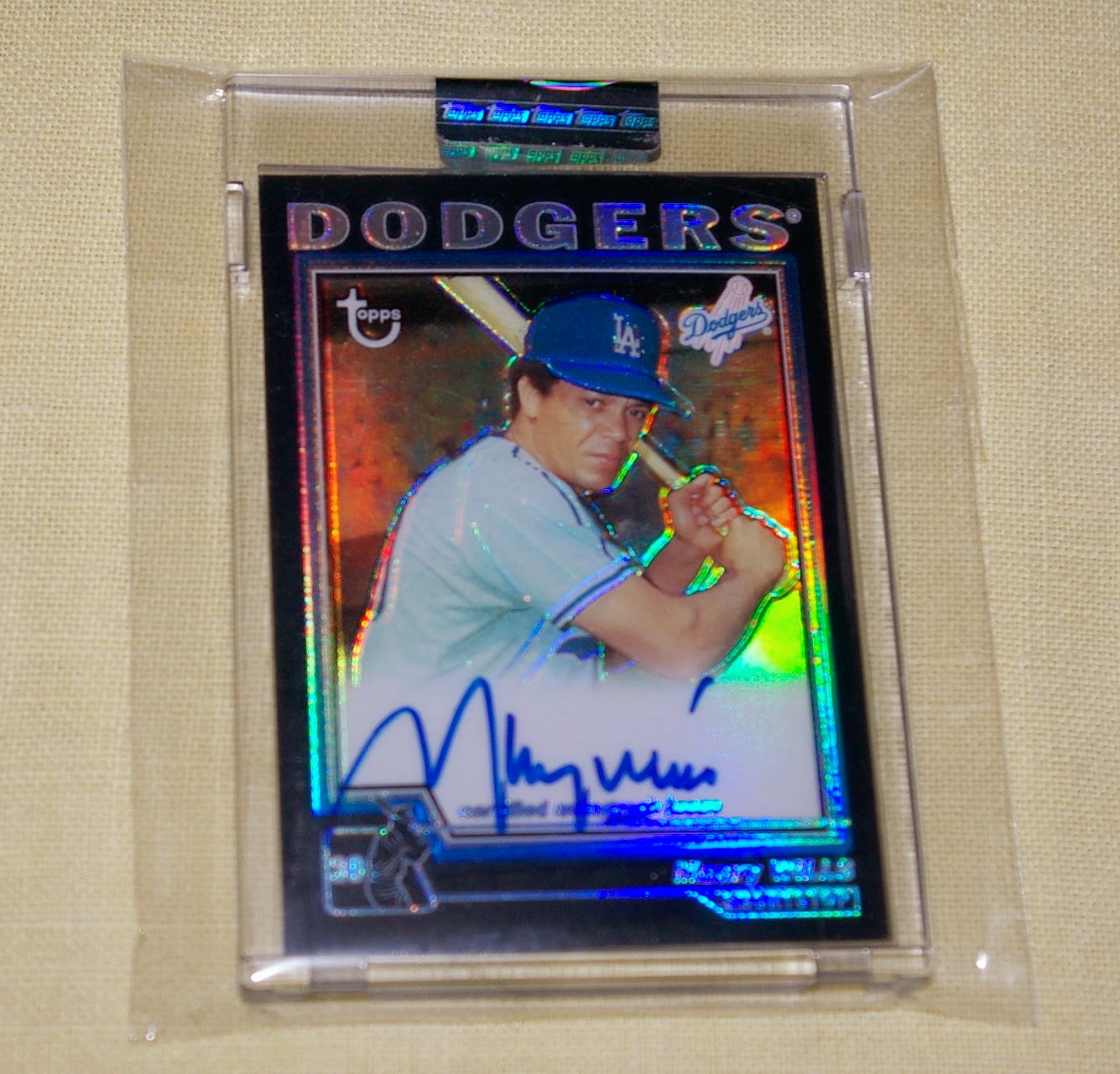 As for 2004 Retired autos, I knocked another refractor off the list. Good ol' Maury Wills, here in all his rainbowed glory. This is #'d 21/25, picked up for a decent price. A different one (# 24/25) has been on eBay for a while now with a silly asking price over $100. Glad I didn't cave for that one. If the jackass would've offered Or Best Offer, I'd have probably given him still well more than I spent on this one. But nowhere near $100... No offence to Mr. Wills. 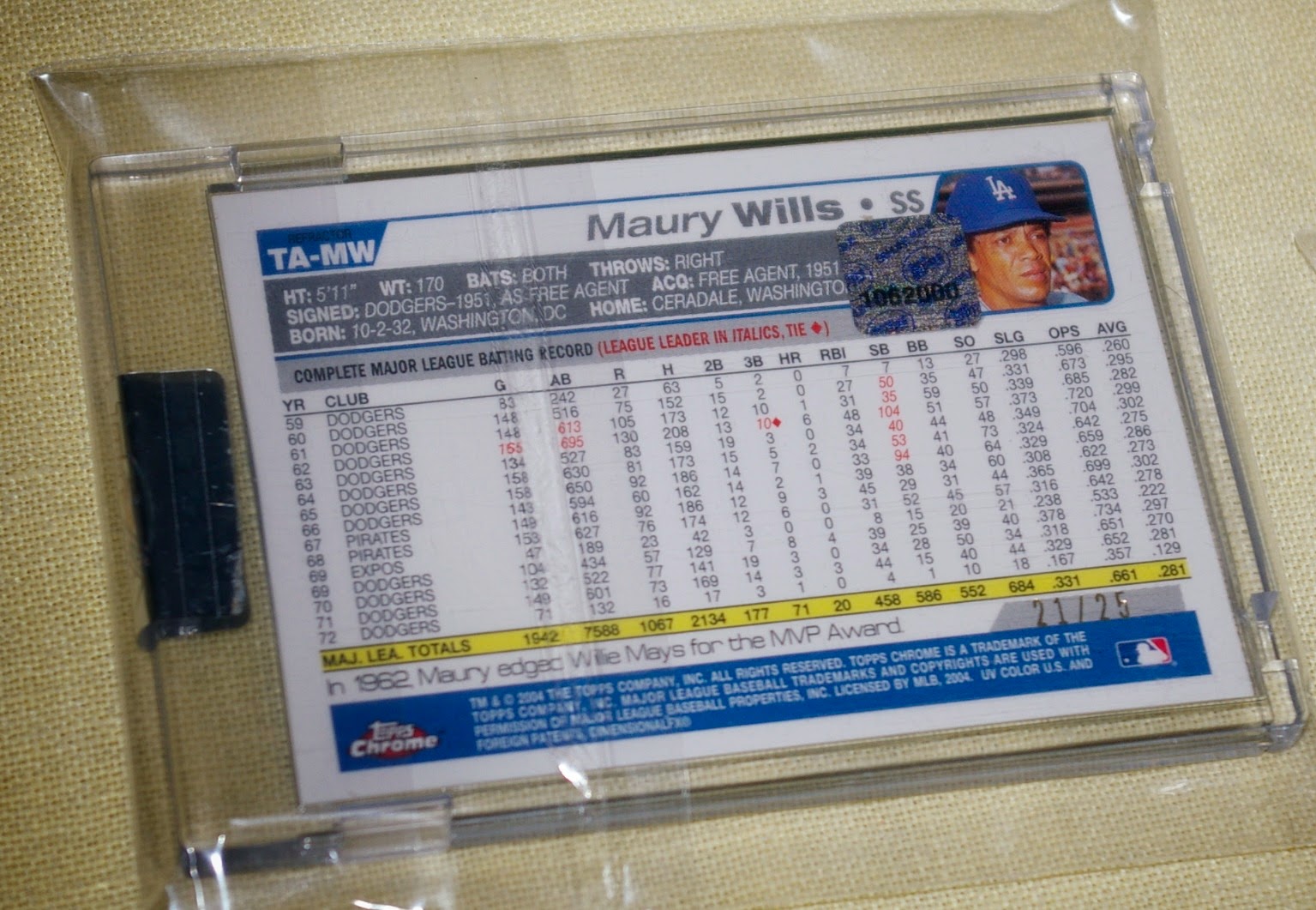 (Sorry to photograph it in a bag.. I'm sure that bugs a few of you readers who prefer your cards breathing free.) I already had his non-refractor auto from this set, so that one's now available if anyone wants to make me an offer on it. $12 shipped (in US) or trades considered. I also have base (non-refractor) autos from this set to part with from Carew, Hrabosky, Buddy Bell, and a few others. If I were more together, I'd throw these on eBay ASAP in time for them to potentially be bought as Christmas gifts. 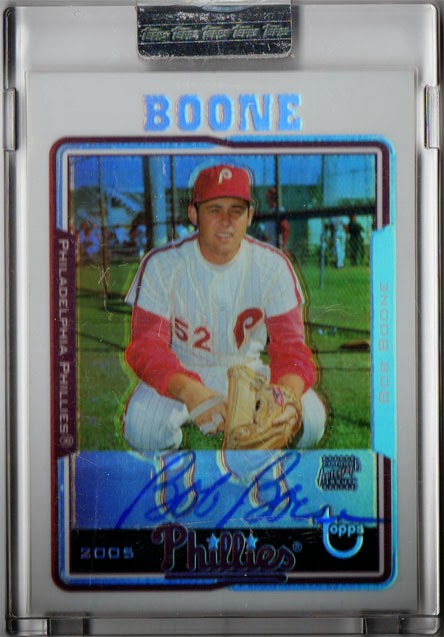 And finally, I added a card from 2005 Retired recently as well. If I notice a Retired refractor auto for under $10 shipped, you bet I'm throwing a bid on it. 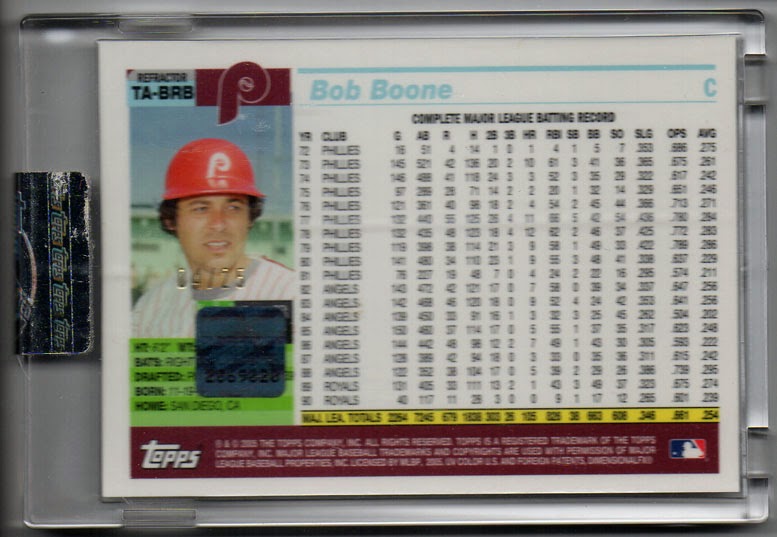 #'d 04/25. Bob Boone had a very fine career. Not quite in the "all-time elite" with Bench, Fisk, and Carter, but close behind on the list of great catchers of his era. He was right there defensively, but just didn't hit enough to measure up with those other guys when it was all said and done.

I always forget the Boone family is more or less from my hometown of San Diego.. specifically East County San Diego. I'm curious if his sons Bret (b. El Cajon, CA) and Aaron (b. La Mesa, CA) sired any boys. How cool would it be to see the Boone baseball legacy enter into a 4th generation? That'd probably be a lot of pressure on that kid to crack the big leagues.
Posted by defgav at 3:53 PM