This was an impulse buy. I may have been drinking. Honestly, the only reason Mookie Blaylock is on my radar at all is because of Pearl Jam ("Mookie Blaylock" was the original name of the band when they started, etc.) Above is my favorite of their more-recent songs. I don't even like these "letter" type cards at all (It just seems mean of the card companies to give you a hit but then make it so you're practically forced into hunting down more of the same.) This is my first one, pretty sure. If it were any letter besides M or B, I wouldn't have bothered with it. That's 10,430 credits that probably could have been better spent, but whatever. It's a cool addition to my small basketball card collection.

Plus the seller was real cool and threw in a few surprise bonus cards: 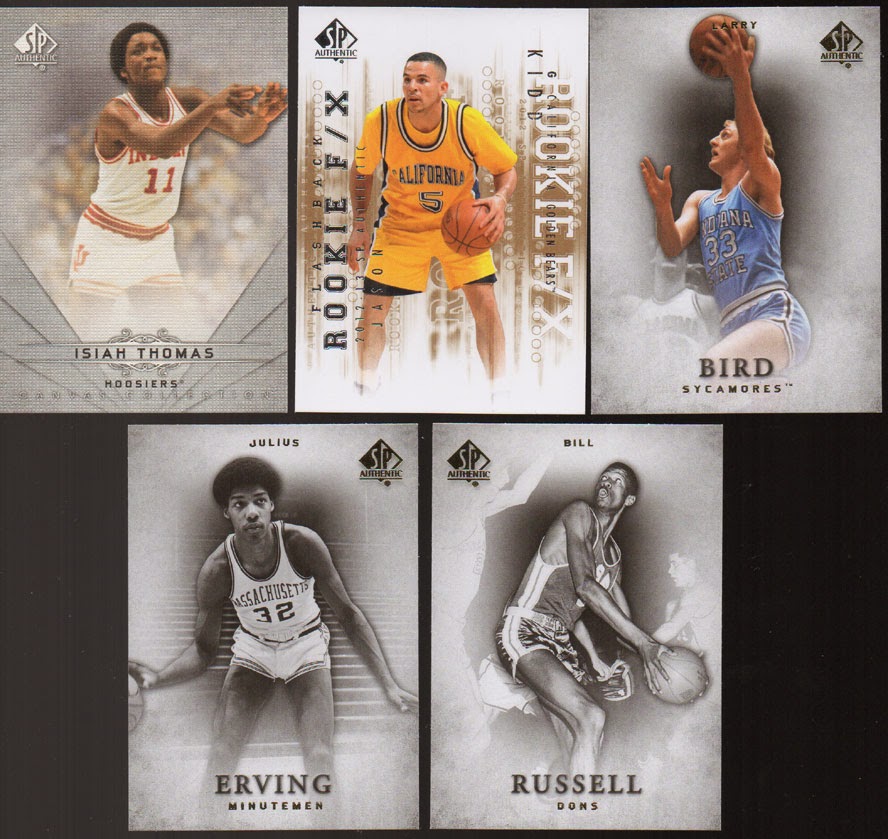 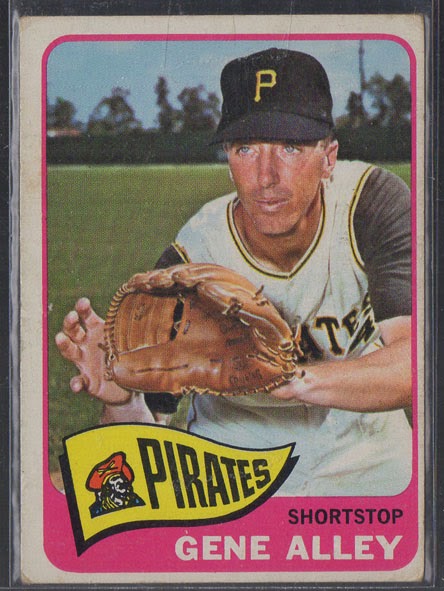 Here's an old card picked up for a reasonable price of just 555 credits. Any Pirates collectors need it? If not, no worries.. I can see myself possibly trying to go after completing 65 Topps someday down the line, so I don't mind picking up a card here n' there.
But definitely won't go after 65 in earnest until after I finish this set: 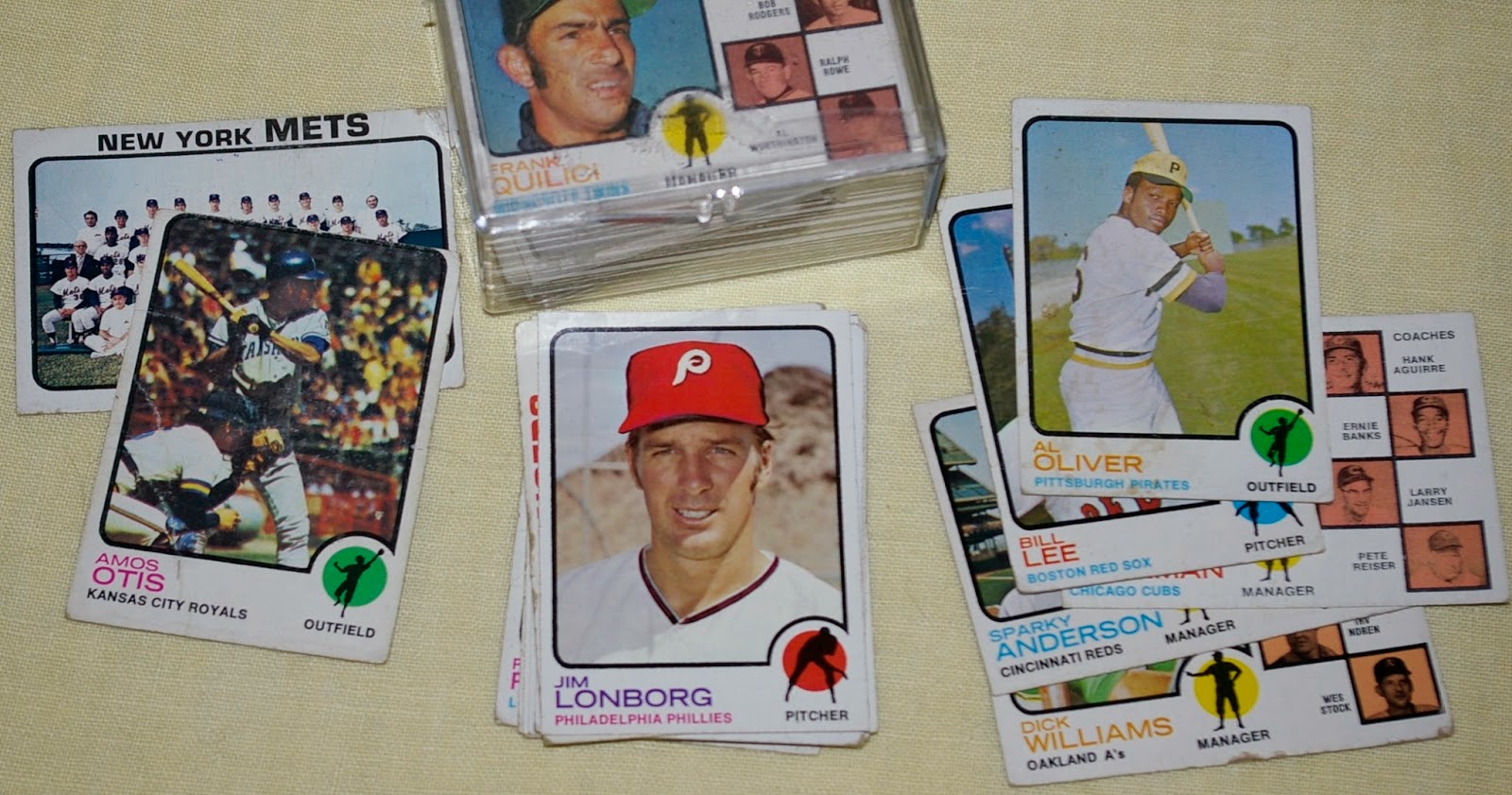 There's a big lot of 93 cards from 1973 Topps. I went after it hard and ended up winning it for a bit over 10,000 credits. Not cheap. While the auction had the included players listed, I was lazy and didn't bother cross-checking it with my needs. I figured there must be a good number of needs and upgrades in there for me. So how'd I make out?

Only two lousy cards I needed (left) and both are in very upgradable condition. Plus maybe 3 or 4 that are slight upgrades over what I had (middle). Plus another 4 or 5 dupes for "guys I collect" PCs.

So yeah, that was pretty much a bust. Oh well. At least once my set gets shaken out, I'll have a big off-condition starter set of 73 Topps, possibly a 3rd smaller starter set. Those could make for trade bait or eBay/Listia fodder.

Sticking on the topic of 73 Topps, here was a single-card auction I won of a card I needed... 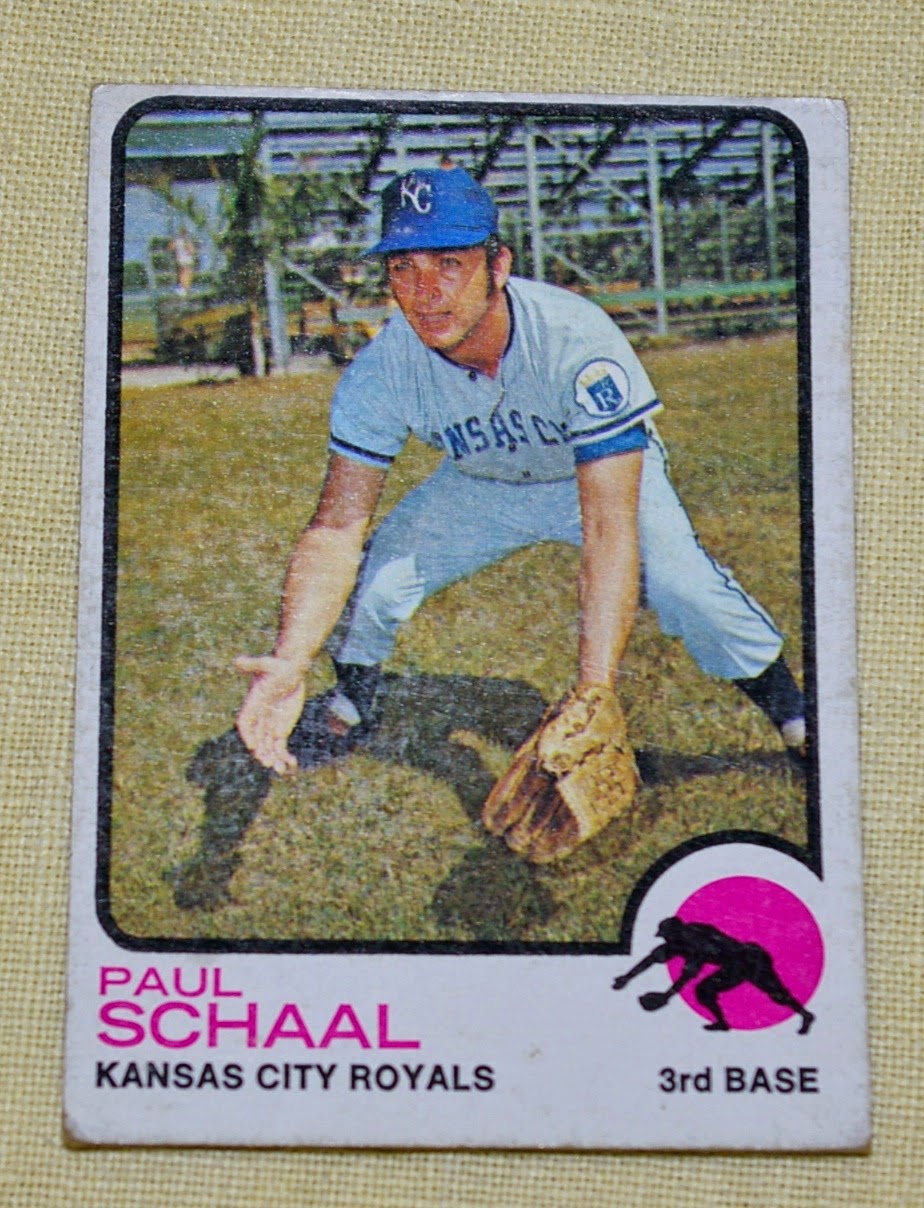 Now howbout a non-card Listia win to mix things up? 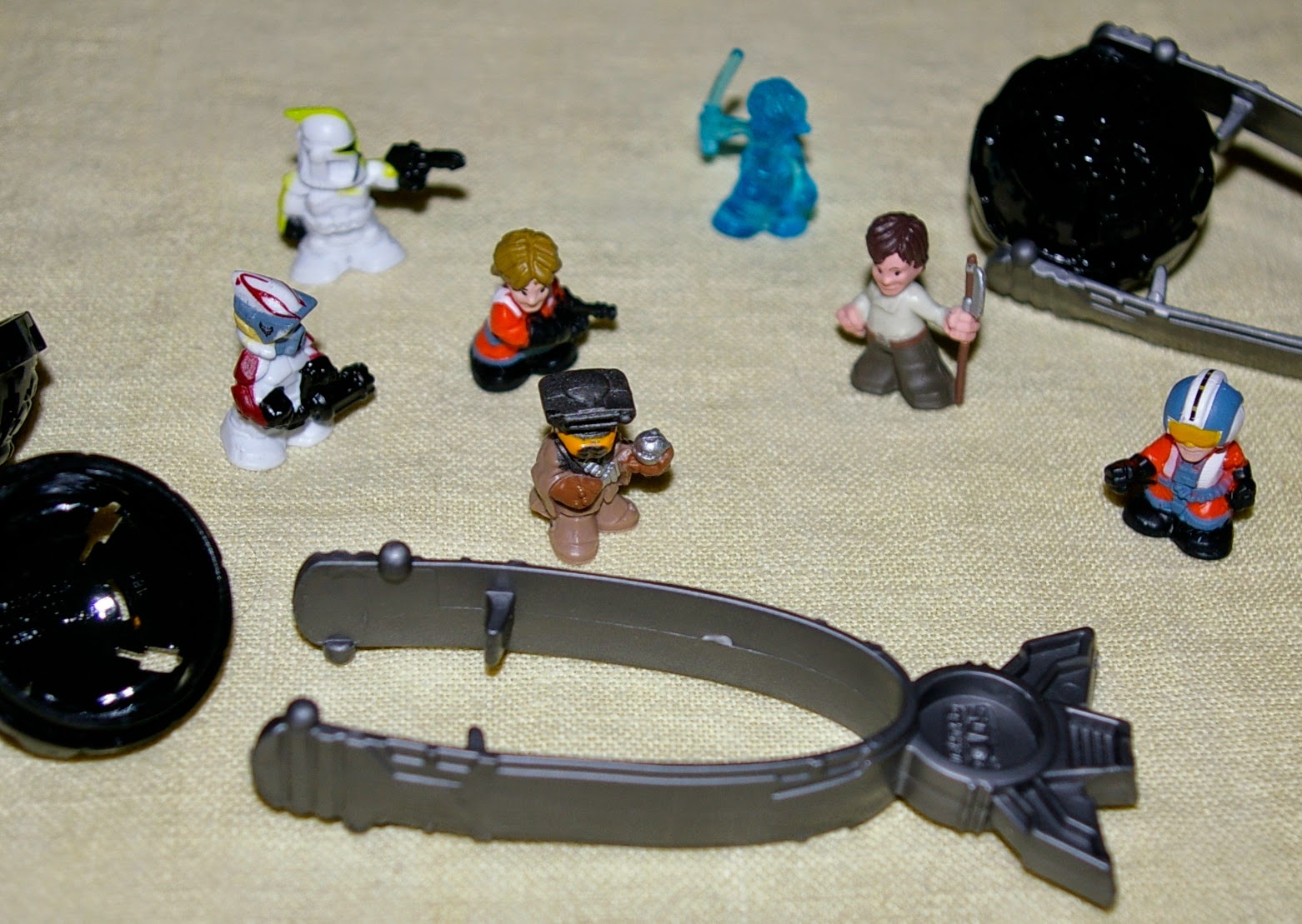 I'm not familiar with these little toys. I put in a bid and was surprised how cheap it was to win, I think around 1500 credits. This was back before the Wampa post, and I had entertained ideas of incorporating them into that post, and that was my motivation of bidding. I might use them in a future post, who knows. I like Star Wars and these were cheap, so whatever.
Maybe I'll play with them a bit later this month during "the Festival." (The Festival of Lightsabers is the tradition of watching a Star Wars movie every day between Christmas and New Years.)
The point of the toy seems to be you put a little figure in one of the black pods, then put the pod between the tweezers thing, then you squeeze out the pod and it goes flying. I suppose you and a buddy see who can go the farthest or fastest, or maybe try to get the closest to a certain object like curling. So far the only game I've been playing with them is Keep The Dog From Eating It.

That's it for the Listia wins that've shown up within the past week.

Onto the webtraffic roundup.

Another eclectic week's worth of cards (Listia, webtraffic roundup) (12/3) 67 views. Traffic has been good. Things are known to slow down a bit on the blogosphere in December, but happy to say I haven't noticed any drop-off yet.

Heavy hitters from my Black Friday haul (12/4) 65 views. Giancarlo carried this post to a nice showing.

Ken Caminiti eBay 1/1 auto (12/6) 63 views. I didn't mention it in the post, but I also watched a great documentary that day called Bob and the Monster about the singer of a band I've kinda liked for a long time called Thelonious Monster, specifically his struggles with drug addiction. Between that and Caminiti on my mind (thanks, Julie, for sharing a great article in the comments of that post), it added up to a very emotional day for me, with the take-away being that hard drugs really fucking suck.

Trade Bait from the card show (12/8) 66 views. Happy to have some trades in the works from this stuff. Still plenty of cards available.

The last of the Nov. card show pickups (12/9) 41 views. Yesterday's post should reach the 50-views goal in the next day or so. But as of press-time, no comments! This puts my streak of avoiding comment-less posts in jeopardy. Oh well, I suppose those cards just didn't stir many opinions, which is understandable. I probably spread my November card show pickups too thin over those 5 or 6 separate posts.

And now the stats. Like I said last time, there always seem to be a couple head-scratchers in the Search Keywords. Pretty sure I've never mentioned Michael Strahan on this blog. Or Marquis Pettis.. Must've been Marquis Grissom that was somehow involved with that false search result.

That's it for today. Thanks for reading.
Posted by defgav at 3:58 PM