Trade Bait from the card show

I picked up a bunch of trade bait at the card show last month. It's hard to pass up cheap autos, relics, and low-numbered cards, even if they don't really fit into my collection. I figure if nothing else I can Listia them off for a decent chunk of credits. But yeah, everything in this post is available. 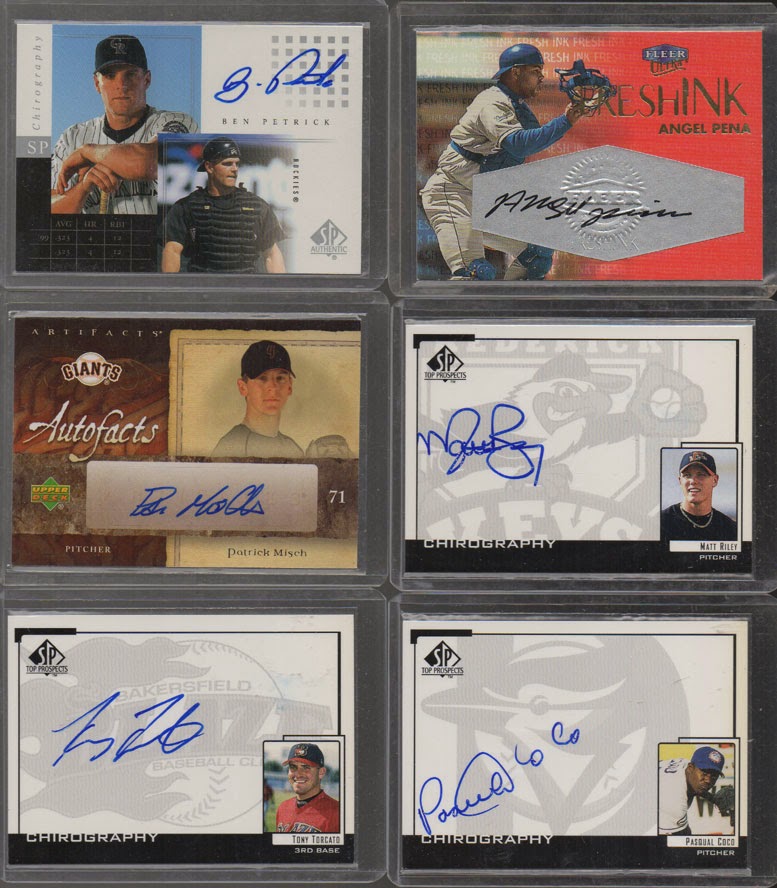 Ben Petrick - 2000 SP
I knew the name sounded familiar, but it wasn't till I looked him up that I realized he's the guy who was forced to retire due to Parkinson's disease. It's a bummer, but cool that he's making the best of it. Seems like a great guy. He's also a fellow Oregonian; from Hillsboro, an affluent Portland suburb where my in-laws live.

Matt Riley - 1999 SP Top Prospects
He pitched for the Orioles and a little for the Rangers. He made his major league debut on 9/9/99, which is kinda cool.

Pasqual Coco - 1999 SP Top Prospects
Team Coco! He pitched a few games for the Blue Jays in the early 00s.

Brad Halsey - 2005 Donruss
Had one year stops with the Yankees, Diamondbacks, and A's. Passed away at an early age from a fall while recreationally climbing a cliff. 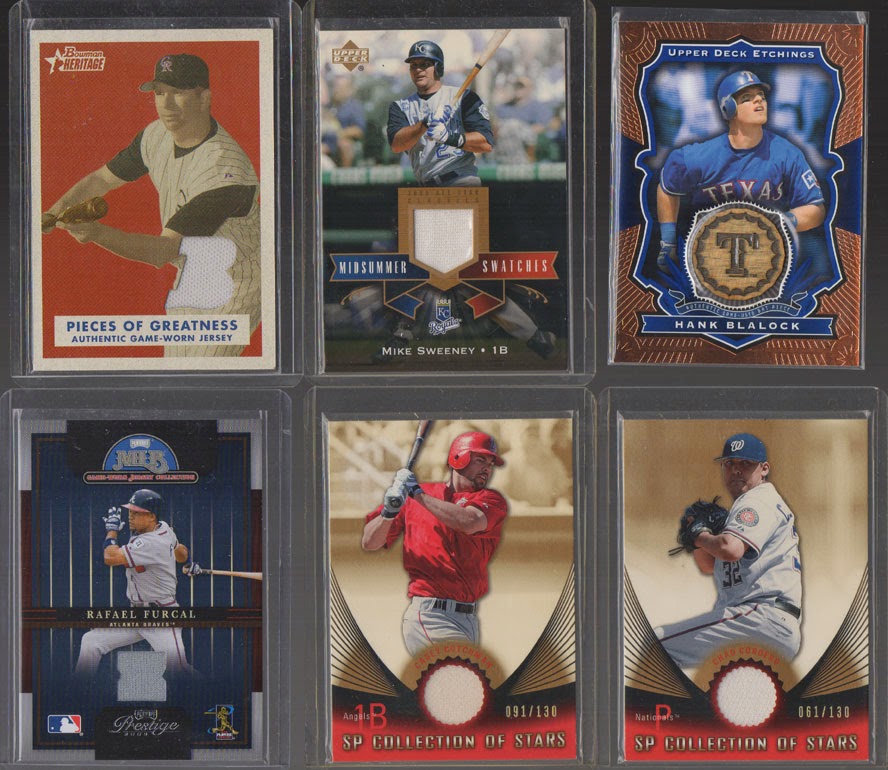 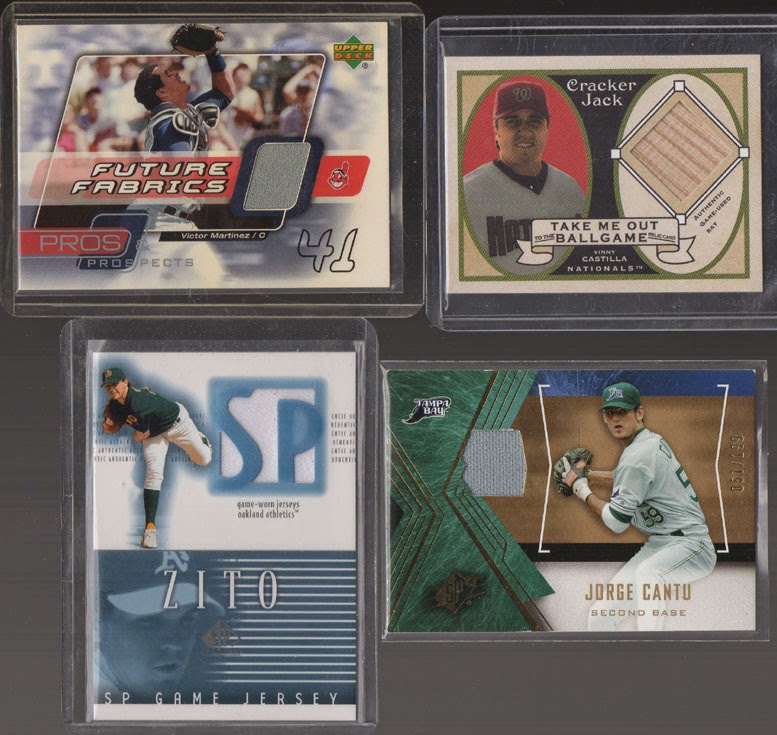 
See anything you like? I'm hot to trot trade! Check my wantlist and get in touch. I'm specifically keen on receiving needs from the sets I'm working on:
1973 Topps
1971 Topps
2001 Reserve
2002 Reserve