The last of the Nov. card show pickups

The next card show for me is right around the corner-- this coming Saturday-- and here I am finally wrapping up posts on cards I picked up last time. I think I've been posting daily since then, so if nothing else they've helped keep me stocked with cards to write about. (Oh yeah, and I still haven't finished with the full dimebox I bought the show before that! Not that I intend to post the whole thing, but I still need to show off the baseball and football highlights.) Again, these were a mix of dimebox and 50-cent box pickups, and at this point it's getting foggy which were which.

These 3D cards are pretty neat. The gif does a decent job of displaying the stars moving in the background. While still the same basic technology of those old Kellogg's cards, the effect seems to be more pronounced here than I can remember seeing previously. What a time to be alive! But then again, we should have hoverboards by now. 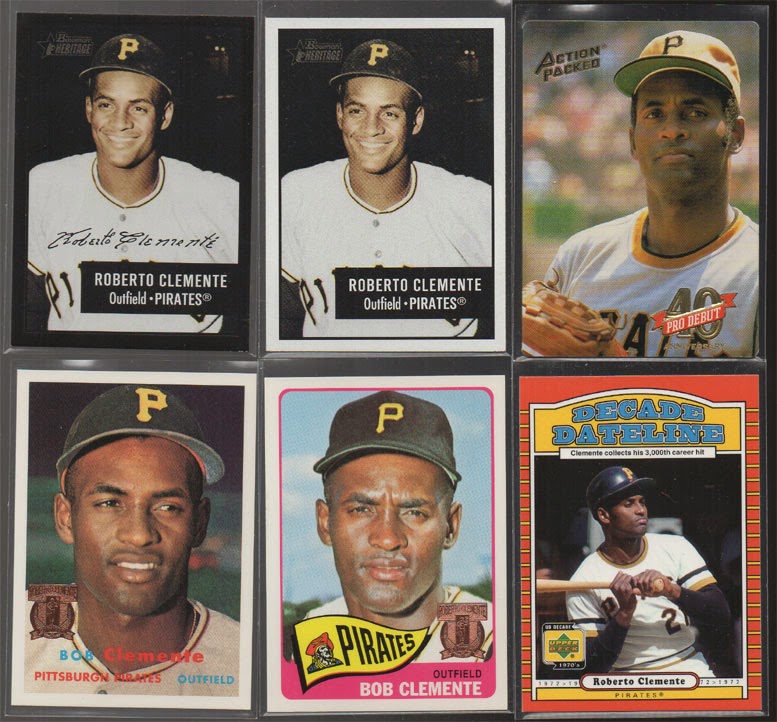 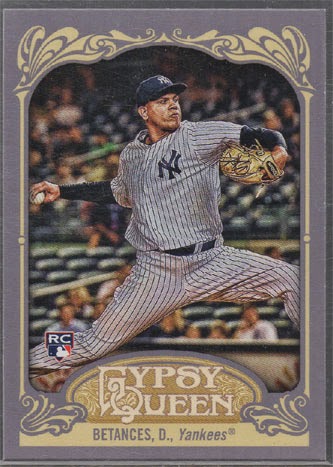 Zippy Zappy really likes this Betances kid. Now I'm on the trolley with his GQ RC.

That Pele lured me in with the "Missing Text" back, but it's not a SSP I dreamt it was, just a gimmicky base card (I've never been much of a Ginter aficionado). Not sure why I added that fugly Pujols card to my stack (other than the fact the guy was a beast in his prime). 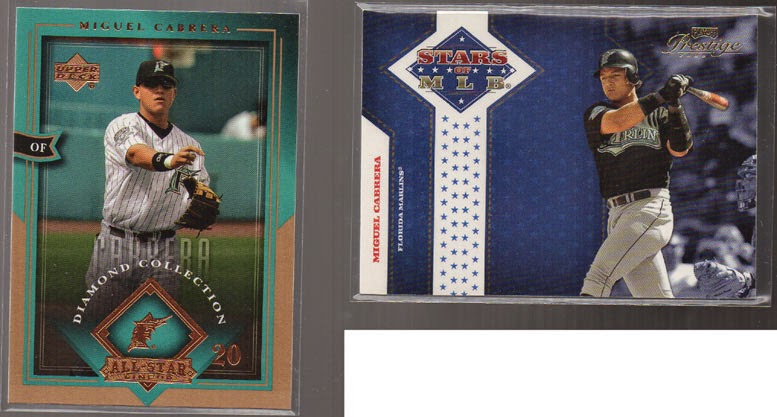 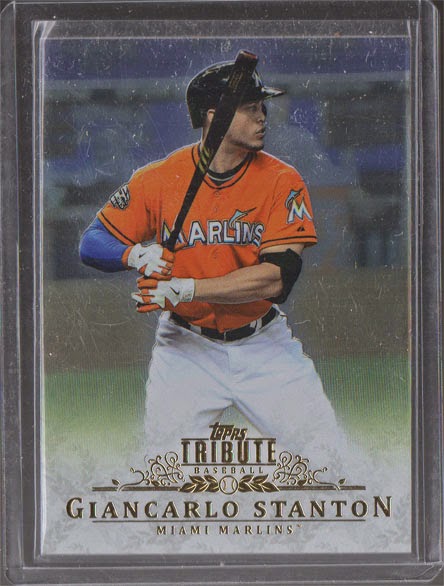 Lastly, here's a Giancarlo base card from Tribute.

And we're done! Not a bad haul, but hopefully the December show treats me even better.
Posted by defgav at 3:49 PM