It's that time of year again! Card bloggers who have been good boys and girls all year are coming home from work to find their Black Friday purchases in their stockings. And then blogging about them.

I'm no exception. I curated a COMC shopping cart just shy of a C-note and had a lot of fun ripping it open when it showed up the other day.

Today we'll look at some of the big cards in my order, including a couple guys who go by different names now. 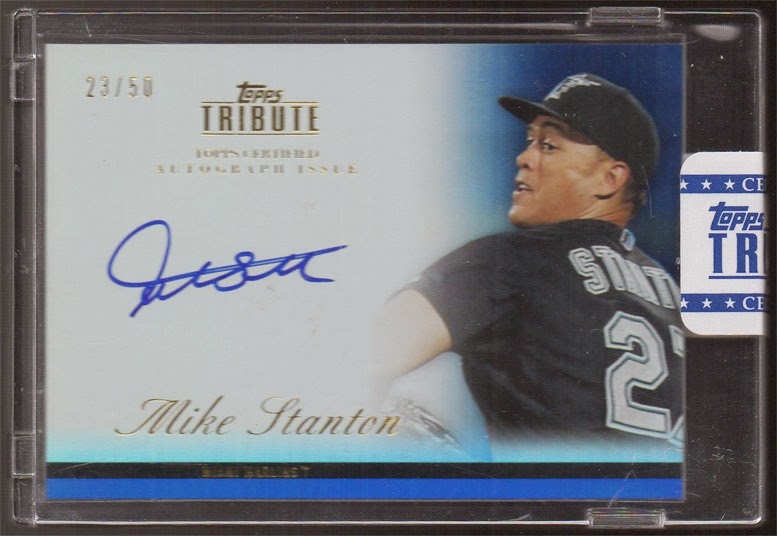 Giancarlo (Mike) Stanton has risen to be one of the biggest stars in the game today. I recently added him to the "guys I collect" list on my wantlist. And this acquisition shows I mean business. I'm not going to go nuts chasing his cards, but I wanted at least one nice hit to crown the PC. It's on-card, low numbered, and even comes in its own "uncirculated" hard case (something I like, but I know not all collectors agree). And while it was my biggest expenditure of the order, accounting for about a third of my total cost, it was still a pretty good deal, I think.

However, I gotta say I was surprised when the Marlins backed up the money truck for him last month. Haven't they ever heard of Tony Conigliaro? I mean, I pretty much expect Stanton to come back to the level he was at before a fastball to the face took him out. But there are lots of stories of guys who "never were the same player" after a similar beaning; permanent vision impairment or mental confidence issues derailing a promising career. But maybe I'm just being paranoid. Prove me wrong, Mike Giancarlo, prove me wrong. 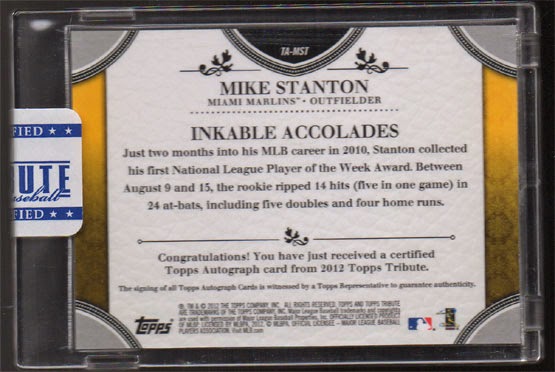 The back's nothing special, but I scanned it for some reason, so here it is. Overall, I'm very happy with this card.


And this next card effectively "completes" a PC for me. 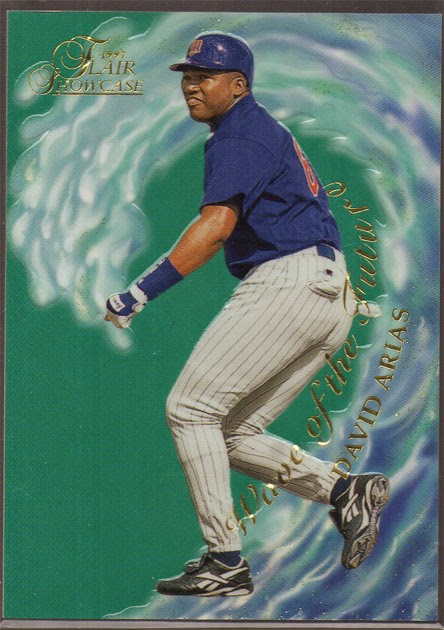 I already had a David Ortiz auto and printing plate among the ~100 total cards in my Big Papi PC, and the last piece I was after to feel like I rounded out my Big Papi collection was a rookie card from back when he was known as David Arias. Done and done. These 1997 Flair Showcase "Wave of the Future" inserts aren't as cool as the 1998 versions ("water cards"), but still kinda neat, with the embossed, sparkly wave behind the player.

Finally, let's throw in a card with the guy still going by his original name.. Chris Sale. 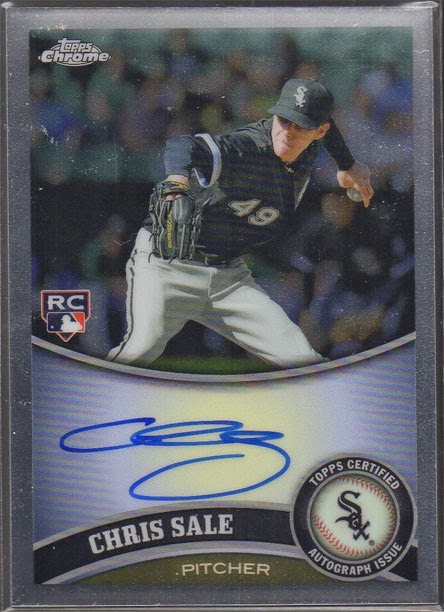 (Gah, Chrome cards are great for pointing out the smudges on your scanner and/or the sleeve/top-loader.. the card looks better in person, without those prominent random marks.)

But yeah, Sale is a guy I kinda started collecting not too long ago, and this auto is a nice crowning jewel to my modest PC. Licensed, on-card, and reasonably priced. Even a RC, to boot. Works for me.

So there are 3 of the major cards in my COMC Black Friday order. Stay tuned for the rest of the haul another day. Thanks for swinging by.
Posted by defgav at 3:59 PM