Last of the card show pickups for 2014 (w/tradebait)

Closing out my pickups from the December card show... 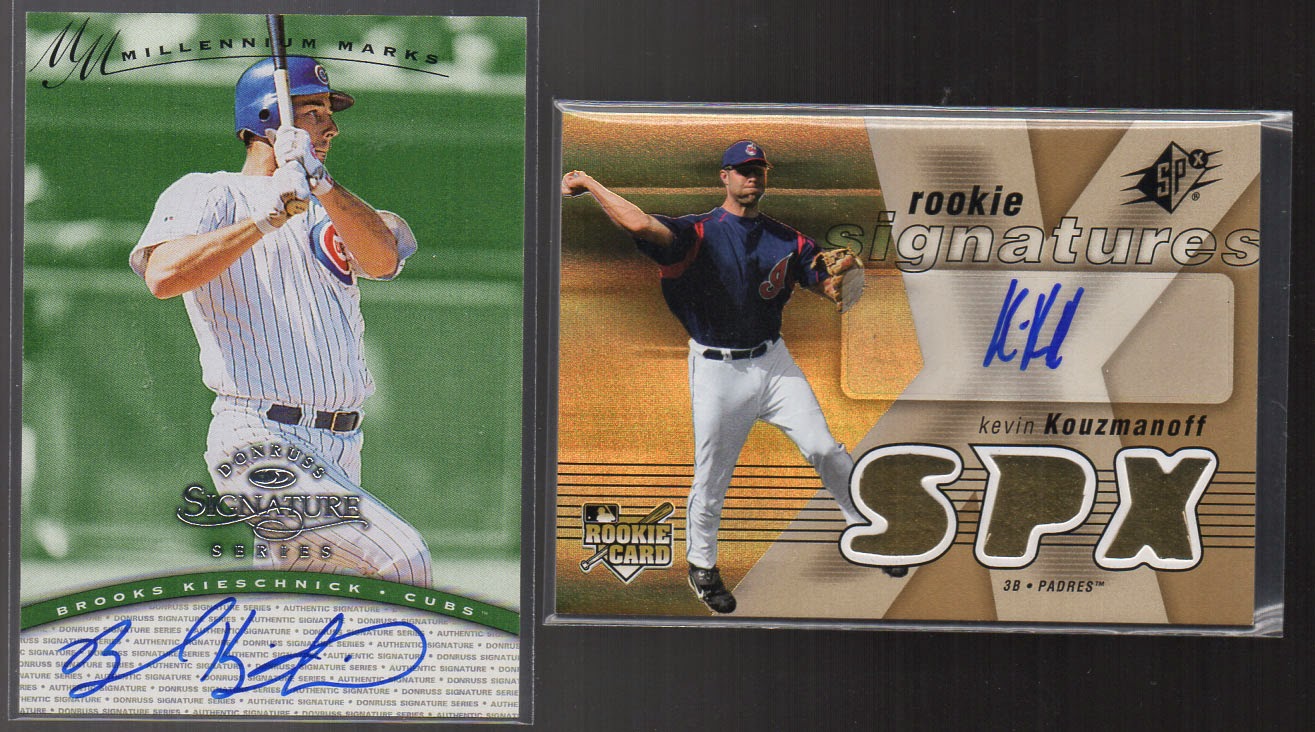 A couple sweet 50-cent autos. Brooks Kieschnick first got on my radar when I found out he inexplicably had the lone glowing card in '94 Classic Best. I learned that he was a legit position player and pitcher in the bigs several years back, and that badass fact lead me to consider his cards keepers when I came across them. So picking up an auto is a nice addition to that tiny PC.

And as for Kevin Kouzmanoff, as Marcus will tell you, he's a fan favorite to many Friar faithful. This might be the one card I was most excited to pull from the bins at the show. Anytime another patron came near me to check out the bins, I would hunch over my stack and pull the cards close to me as if to say, "Do not dare think about snagging this Kevin Kouzmanoff autographed card because it is mine."
That said, his signature is a joke. 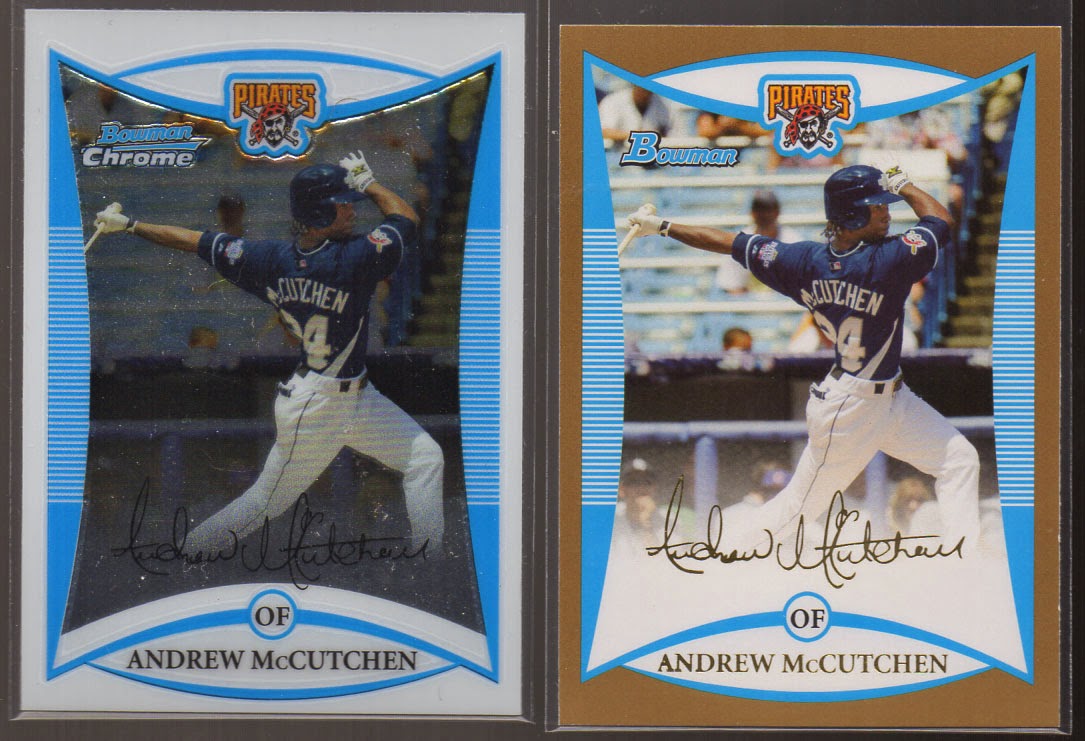 A couple early McCutchen cards. Always love picking up a decent Cutch here and there. 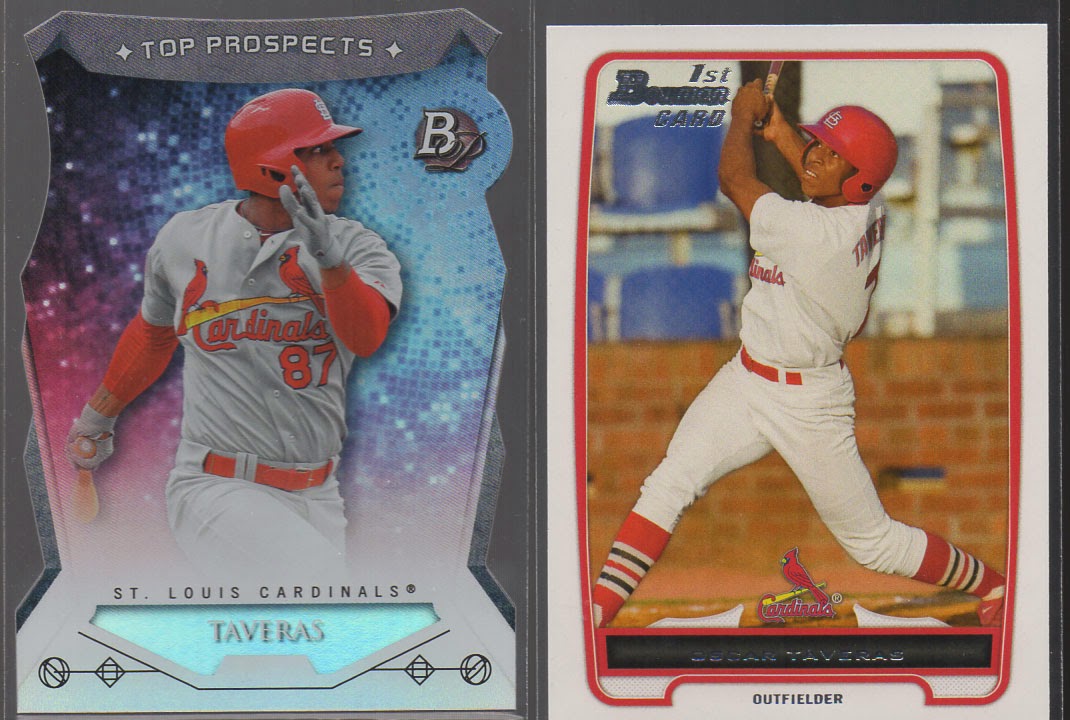 A couple Oscar Taveras cards. RIP. Turns out I already had the "1st Bowman Card" so it's available if anyone wants to trade for it.

A trio of nice rookies. Brett Lawrie's name was fresh on my mind, as he had recently been traded and getting a lot of press.

I love adding cards to my fledgeling Paul Goldschmidt PC, and this "1st Bowman Card" is a great addition.

As for the McGriff one true rookie, I already had a slabbed copy, but figured I'd pick up a "raw" one too. (I actually had one many moons ago, but traded it to Marcus back in the first blog-trade I ever made.)

Now let's finish with some tradebait: Autos of Chase Davidson (Astros), Scott Aldred (Tigers/Twins [haha, "Claimed On Waivers" is probably not something you want to see on the certified auto you pull]), Travis Blackley (Astros). A Tanaka RC. And a #/250 Rafael Montero (Mets). Anybody want any of these 5 cards above? I'm DTF: down to flip.

Thanks for reading. See you next time.
Posted by defgav at 3:40 PM