Too Many Verlanders From the Dollar Store

Christmas came early for me yesterday, with four (4!) packages of cards showing up in my mailbox. There was eBay bounty, a Listia lot, and a couple bloggers bonanzas. This post will take a look at the latter pair.

Dennis from TMV sent me a nice PWE Christmas gift. I was too impatient to wait till the 25th, so I ripped it open then and there. 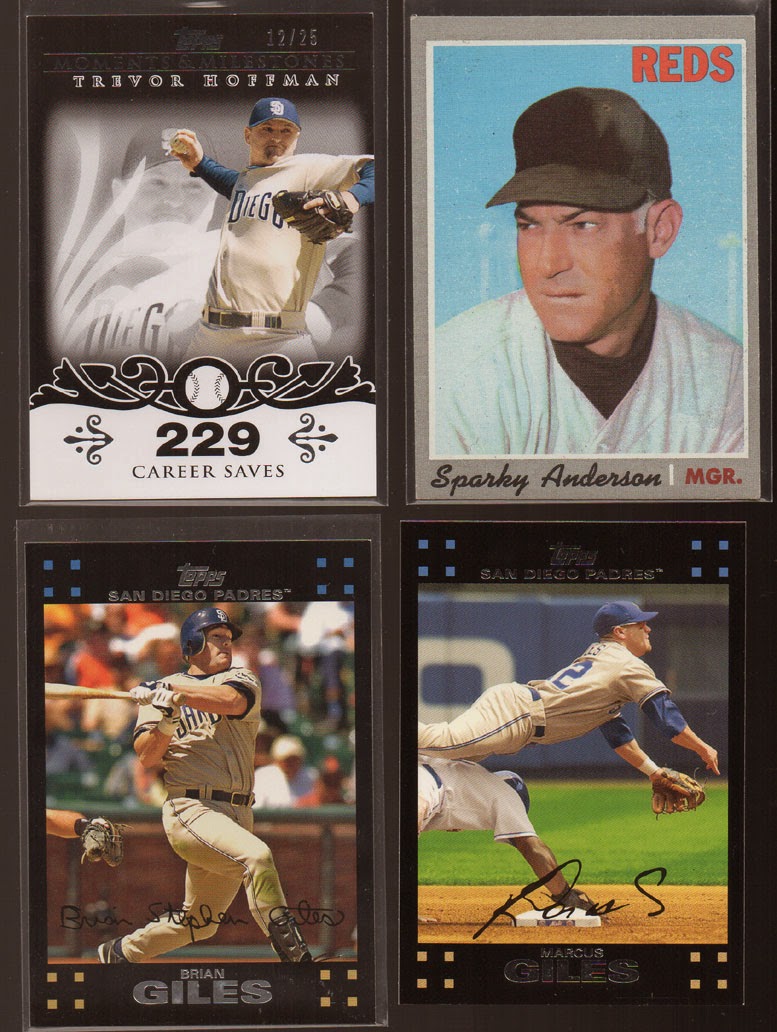 Love the Trevor Christmas Card! It's not easy to see in the scan, but there's a 12/25 in the upper right. As you can tell by now, I decided against doing a "12 Days of Christmas Cards" blog series this year. Just too much work. But I'll probably do a post or two showing off some more 12/25 cards I've picked up this year. And spoiler alert: this is not the last we'll see of that serial-happy set, Moments & Milestones.

The Giles Brothers are always nice to see reunited in their hometown.

And the '70 Sparky Anderson has been on my sidebar wantlist for a while now.. great to finally get it. You keen-eyed folks out there might notice that Sparky seems to be half-assedly airbrushed from a non-Reds uniform (into something that still isn't a Reds uniform. Whatever, Topps.) But that's because the photo was taken when he was a coach for the Padres in 1969. Let's fix the card up real quick using some photoshop magic... 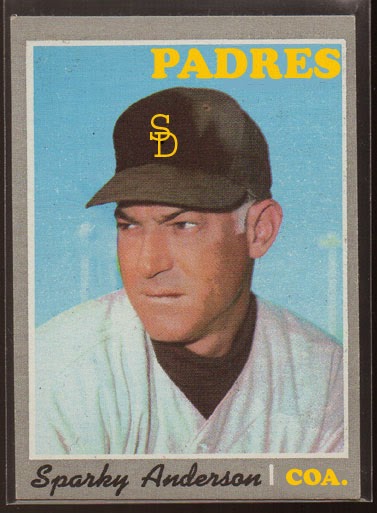 Ah, that's better. ..even if I was too lazy to get the fonts right.

Thanks so much for the gift of cards, Dennis!

The other package was from Doug of Sportscards From the Dollar Store. This was technically a trade package, but since he only asked for a couple cheap autos via PWE from my recent trade bait post, and then overdelivered in return, it was as good as a gift in my eyes. Doug knows I hate dealing with my local post office, and as such don't do many international trades (sorry, Caitlin, Papoy, Dutch Card Guy, et al), but a PWE can slip by with little consternation on my end (i.e., no customs form or dreaded visit with surly behind-the-counter postal workers). 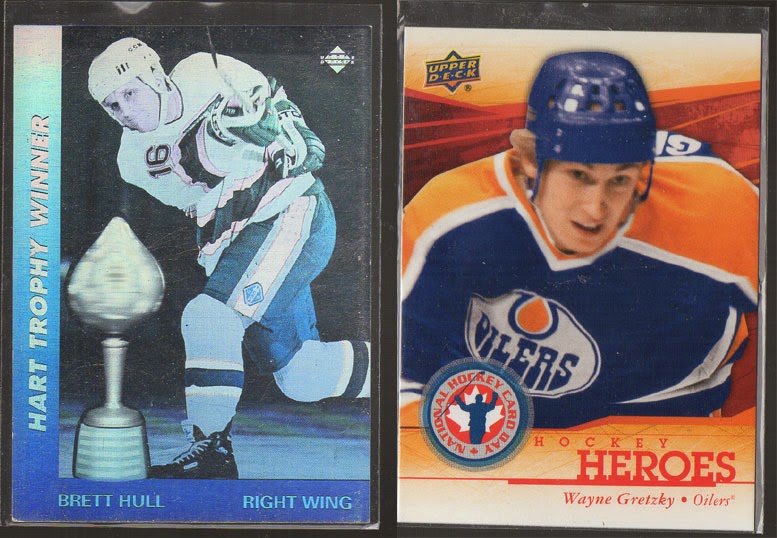 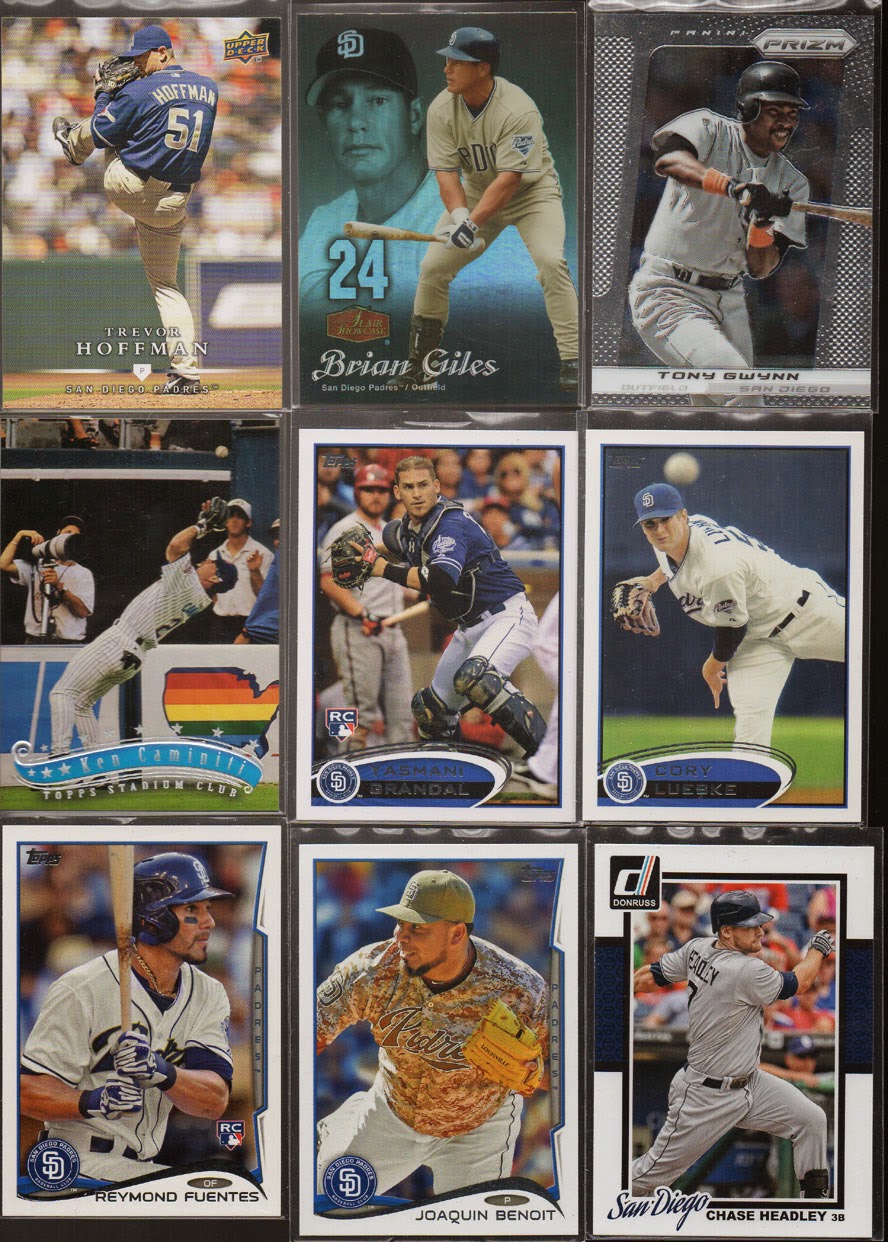 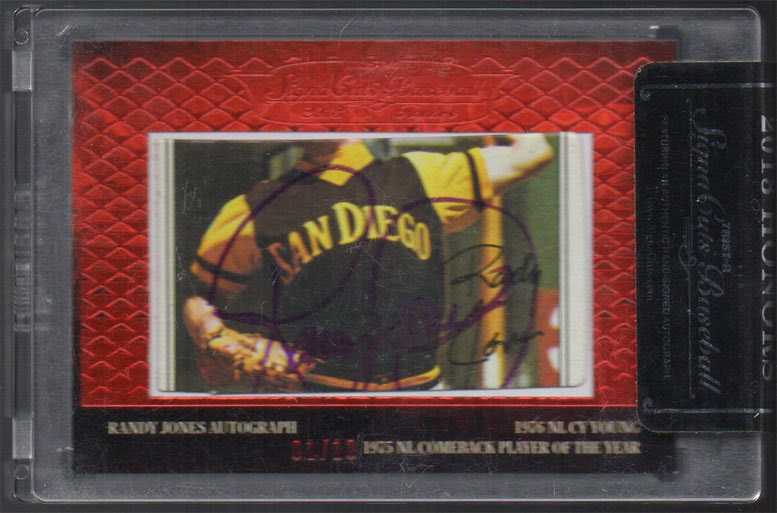 Randy Jones 1/10 cut auto! This card is so cool and so awful at the same time. Love Randy Jones, the first really good pitcher in San Diego history. He doesn't have many certified autos out there. I think one from Fan Favorites and not much else. But I gotta say I'm against making cut autos of living players. Roberto Clemente? Ted Williams? Jackie Robinson? Mickey Mantle? YES, to cut autos. But if a guy is still with us, willing and able to sign his name on a card... NO, to cut autos!! This here is a '77 Topps card that's been cut to only Randy's torso. So terrible. (I'm also against autographs on cards that already have a facsimile autograph on them, so this is a double whammy!) But so great. I love it like a son. 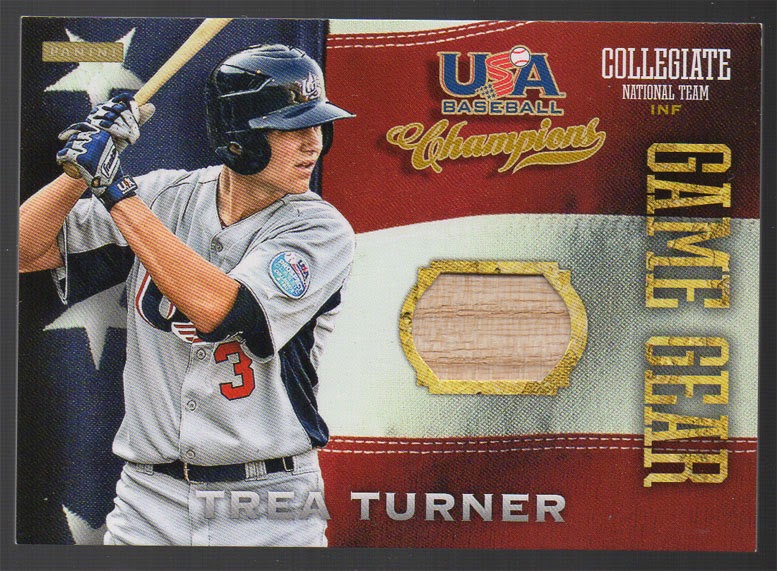 Trea Turner was the Padres 1st round pick of 2014, tabbed as San Diego's future shortstop. Sweet USA bat relic from him. Fingers crossed he pans out in the bigs.

Finally, some vintage OPC hockey! Even though I know jacksquat about hockey, still love to see these vintage designs that I'm not very familiar with.

Thanks again, Dennis and Doug for the sweet cards! The both of you are super generous and I hope you have a great Christmas!

A buck worth of cards picked up specifically as trade bait is all it cost me in return for everything in this post. I'll have to return the favor one of these days. The cardosphere is always a great place, but especially with the holidays upon us, folks seem to be even more generous. For my part, I just dropped 3 holiday surprise PWEs in the mail to friends of the blog, with at least one more penciled to go out shortly.
Posted by defgav at 3:42 PM